Overview Reviews (2) Discussion
DISCLAMER: THIS IS NOT THE SAME XTREME SONIC CHARACTER THAT CIRCULATED ON THE MASTER SEVER IN 2019! THIS IS MUCH HIGHER EFFORT THAN THAT!

With that out of the way, I present to you all... 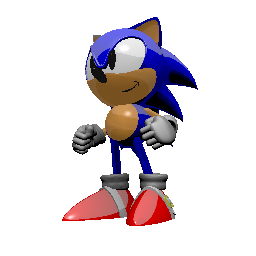 As some of you may know, this is my first character pk3, or at least the first one I am submitting here. Development on the character started around the same time 2.2 initially released, and lasted all the way up to this point (mainly because I have been busy with life...), so I sincerely hope this gets through, and most importantly, I hope everyone enjoys it!

Shoutouts to Goldenhog and Lach for helping me initially, and HUGE shoutouts to SMS Alfredo. Without any of these three, this character wouldn't be possible!

It's xtremely cool!
Upvote 0
I've always liked pre-rendered graphics in older games (Like DKC) and i wish that modern indie-devs that make those retro styled games would try and pull the style of themselves.... But they don't...

At least i've got this! These are just the sprites from the cancelled Sonic Xtreme so I don't know how much harder this was to make compared to more custom characters, but for what this is going for (Putting Sonic Xtreme in SRB2) it's perfect! I love older 3D models like this!
Upvote 0
Read more…
Top