Overview Reviews (1) Discussion
This thread contains content that may be reused, modified, or ported by anyone.

While I enjoyed playing as these characters, some more quality of life changes would be cool to see (i.e cancelable lightdash, spindash sprites etc.).

Just to keep the thread in touch, me and Terios are halfway done through the new update, it's quite a big one so I'll include a couple of teasers for it here:
-Everyone has an actual transform animation that isn't just rolling into a ball
-Sonic, Mighty, Tails, Shadow, and Amy will be able to transform into Super.
-Super Tails has his flickies with him during his superform.
-A duo system for SonicRE and TailsRE (and also a secret duo if you use Modern Sonic)
-Most sprites look smoother and more detailed (Mighty's hammer ball, the new superform sprites)
-Everyone has actual spindash sprites
-Superforms actually have a glowing color right now instead of a slate color
-Shadow's coloring is now his dark parts of the fur instead of the red stripes
-New icons that were missing for certain characters were added in
-SallyRE and AmyRE are coming. SallyRE will have similar abilities to her 2.1 port, except with a few differences. AmyRE is having a complete new moveset.
-Legacy Blaze will be getting more fixes, mostly about her superform sprites.
-SonicRE can bounce infinitely now, just like Adventure 2.
-SonicRE's eyes are red during his super form, and TailsRE's eyes during his super form are orange, as a reference to Modern Super Tails fanart.
Keep in mind that the thread has NOT yet been updated. This is just a teaser of the changes.
Last edited: Sep 6, 2020

PrincessPeachfan2017 said:
(and also a secret duo if you use Modern Sonic)
Click to expand...

Give SonicRe A Voice For That Exclusively

And SonicRE's eyes turn red on super. And some other minor fixes.

Speaking of which, are you guys still working on this pack? It's been a while since we've seen anything come out of this.

Yes we are, in fact we're very close to finishing the update. Only thing holding us back is bugs.

It's been a long break, but we've finally done it. Check the main post to see all of the changelogs, we also decided to change the pack to not only include Dr.Pepper's work, but the work of more authors like Donnyku. These other characters will be included in later updates. Thanks for waiting, now enjoy the pack!
Last edited: Dec 10, 2020

so you are porting old characters from the 2.1?

Sunset Liddel said:
so you are porting old characters from the 2.1?
Click to expand...

PrincessPeachfan2017 said:
The goal is trying to port characters from all these eras: 1.09.4/2.0/2.1
That is, I can only port characters if I have permission from the author.
Click to expand...

It was pretty fun to work on some of these, and I definitely learned lots of stuff while doing it! I see you haven't updated the whole post though, since Mighty's description still says he has SSNMighty's moveset, when he's got the new GT-based move now.
also i'm still credited only as the dude who made the 3.0 fixes when i did most of the new stuff 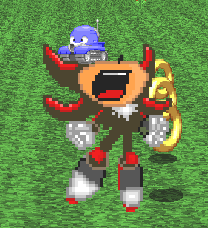 So this pack is like the SRB2 the Past of Character wads?

Bug found!
When you run into an enemy with 0 rings and use Amy's hammer, you still run but you are in the death pose, and if you stop, it goes into the stand sprite like nothing happened.

Daviroll_Limit said:
umh... about this

It looks weird doesn't it, well that's how the sprite is supposed to look.

Daviroll_Limit said:
umh... about this

That's actually intentional. It was an old sprite of Golden Shine's Super Shadow add-on, so we used it for him, might change it in the future.


glaber said:
So this pack is like the SRB2 the Past of Character wads?
Click to expand...

Something like that, maybe the EggmanWay 5 characters could be coming next too.


Supahsta said:
Bug found!
When you run into an enemy with 0 rings and use Amy's hammer, you still run but you are in the death pose, and if you stop, it goes into the stand sprite like nothing happened.
Click to expand...

Noted, we'll fix this in the next patch, it's going to take a while, since we have more work, though.
Last edited: Dec 10, 2020
You must log in or register to reply here.