Overview Reviews (8) Discussion
This thread contains content that may be reused, modified, or ported by anyone.

Warning: This mod may contain some stuff that might make people feel uncomfortable (such as blood)

Kill enemies with your jump, spin, knives and more and watch them as they crumble upon you.
Requirement

As being a killer, you have to kill people to advance between levels, 1/3 of the population to be exact.
Death evasion

Being a demon makes you immortal, so you can avoid death by some stuff, but be careful because you're not invincible to everything and you depend on lives.
Items/Shop

Select between your items to make killing stuff easier, but some are locked behind a paywall! Press tossflag to enter the shop to buy stuff with a currency that's locked behind killing enemies and obtaining souls, switch between the items using weapon previous and weapon next.
Exe Survival

You play either as Sonic.EXE or an innocent, you try running away from Sonic.EXE, but he's faster than you and can disappear, you have a radar to check if he's near you or not, if he's invisible you can't see him in the radar unless if he's really close to you. When you get touched you become his servant, and you follow up to other players to kill them too.
Exe Terrorism

There are two teams, Innocents and Killers, killers need to kill innocents to win, both parties can kill each other, the goal for innocents is to kill the Killers, but everyone looks out as an Innocent, do a mistake and you might look suspicious!
Different BCZ bosses
You have something you have to explore, go check it out!​

Concepts:
- Ordomandalore for the Brak MKII model
- MY5TCrimson for the original character
- JaizKoys for the Nightmare Saga franchise & character & sounds

Helpers:
- Sour for helping me make the shop's assets
- All my testers and supporters that helped me shape this mod to how it is now. (Steph, Boomer/Flame, Emi, SunGuara, etc)
- Jay Dee for drawing the css art
- Bendy for the other CSS art

v4.1.2:
- Killer mode deactivated when super
- Weapon next and previous can be replaced for custom 1 and 3
- Super ghost colors and such became red
- Legacy for ringslinger doesn't spawn fire
- Legacy now has battlemod support for firing arrows at the cost of 2 rings

v4.1.2b:
- Fixed a huge glaring issue in not being able to use the shop at all

v4.1.3:
- Fixed some bugs
- Fixed Sonic.EXE taking way too many hits in Battlemod
- Fixed Sonic.EXE looking at an enemy if targetted even if too far away
- Added command "exe_mustkill" to remove the need to having to kill 1/3 of the enemies
- Added new gametype "Survival"
* Run away from Sonic.EXE
* If you get caught (only by touching) you become one of his servants
* There's a radar in the top right corner
* Sonic.EXE can turn invisible by pressing custom 1
* You can't see him in the radar if he's invisible unless if he's really close to you

v4.1.3a:
- Made Greenflower have a global colormap that makes the levels mesh better with the sky
- Added a radar tool for Co-op for ease of play (300 souls, permanent)

v4.1.4:
- Changed Exe Survival's colors to be more reddish
- Exe in Survival now has a new ability: Mindbreaker
* Press Custom 2 to make everyone in a state that makes them really slow and unable to jump, they must mash out of it to break free.
- Removed IT being visible in Exe Survival
- Fixed multiple bugs about Why
- Victims can now see IT further in the radar if they're invisible
- Animation speed is fixed but that means caught people aren't semi invisible anymore
- Fixed multiple console errors that happen when joining a match round
- Made it so the invisibility hud is not active when the hide timer goes off
- New gametype: EXE Terrorism
* Sonic.EXE is disguised as an innocent, he will kill everyone. As a detective you must find him out and kill him, and as an innocent to stay alive.

v4.1.4a:
Bug fixes & Features for Exe Terrorism:
* Innocents need to pick up a certain amount of rings to win. Killers can pick them up as well.
* Spindashing doesn't make you invulnerable forever now.
* F12ing is gone.
* Character icons in the tab now appear, if someone died their icon disappears.

Strangely, I got a database error midway trying to move this thread... I'm sure that ain't an ill omen.

ampharos is the pokemon ever

There it is gary!
The Sonic.EXE mod!

holy crap i cant believe this is finally out

Finally, Sonic.EXE can be seen as something good. Great job on this.

Something generally frowned upon has been made enjoyable. Good job!

does nothing - not in the community anymore

Finnaly, i can free my angery in something.


joking aside this is a really great mod, awesome work

"i will play until i die"

i sure hope theres no jumpscares in this mod! otherwise im going to a very angry :(

OK- Despite the fact that this is .EXE, it's REALLY cool and REALLY wellmade from what I'm seeing here. This is defenitely something that stands out from basic 'ooooh yeah .exe character whoopie' due to all the effort put into it.

When exe is actually good: 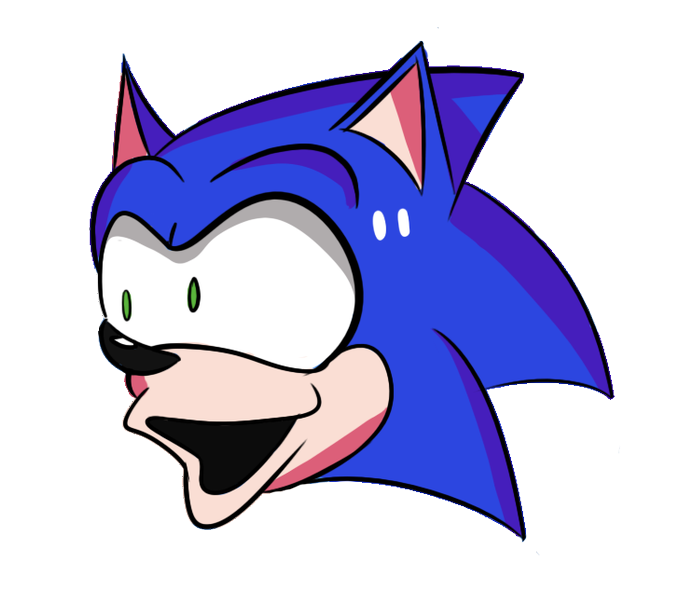 [size=+1]YOOOOOOOOOOOOO[/size]
this is how good .EXE characters should really be, not just lame jon does and mary sues
Last edited: Aug 12, 2020

I Can't wait for Sanic

i knew this was coming at some point, this is AMAZING.

Noice character but it lags my game, might be my computer
Last edited: Nov 11, 2020
You must log in or register to reply here.