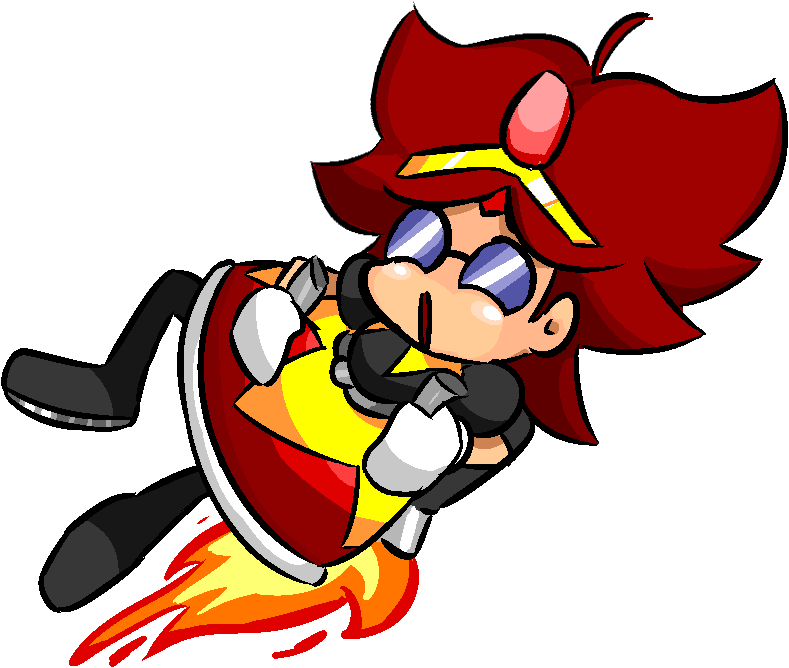 A relatively simple character mod staring the lovable(?) Eggette! If you've played DrStephen's Eggpack(link) you should know more or less how they play! An "echo-fighter" if you will

Controlling like a smaller, lighter version of the eggpack, she has everything you'd expect Eggpack to use, like her single rocket jetpack, egg(ette)burst and slide. 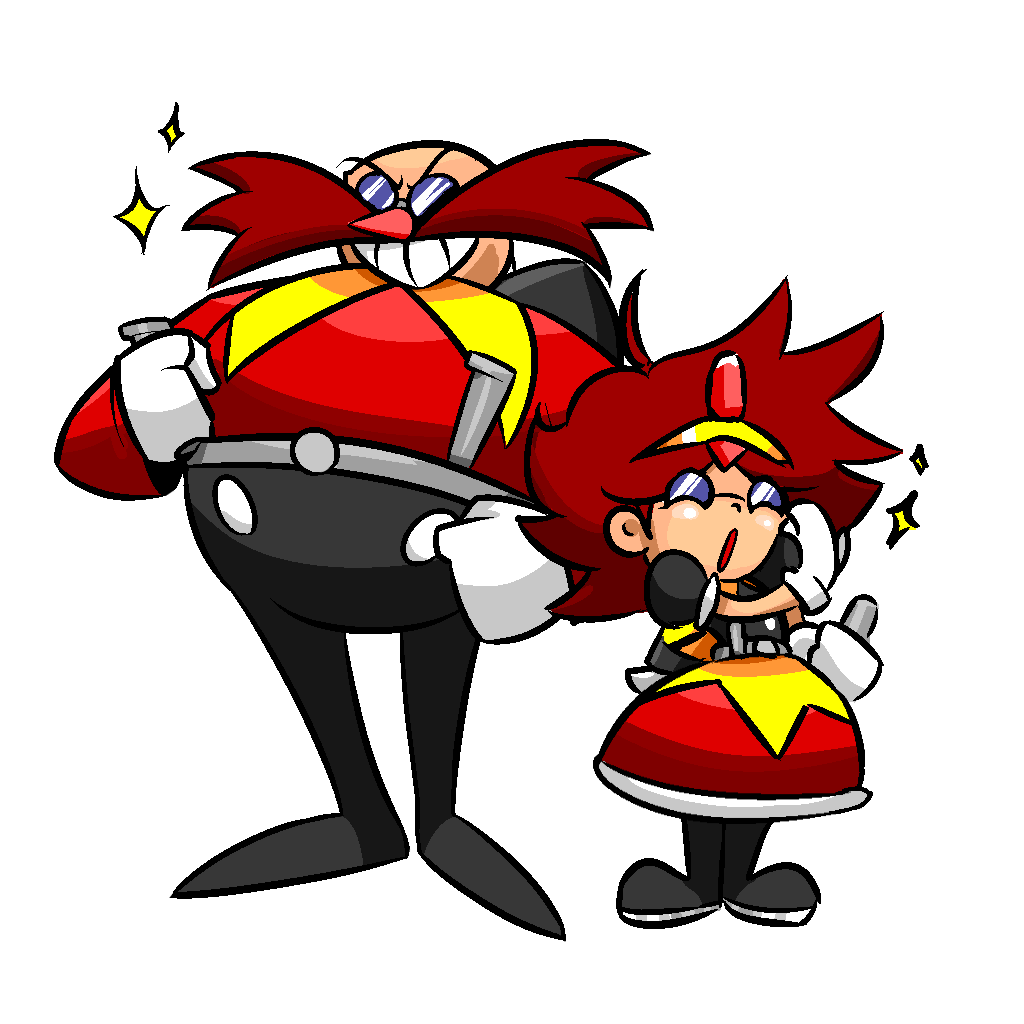 When you have both hard boiled characters loaded up, you can take on the world of SRB2 together with Eggman!

While she does control almost the same as her Uncle Eggy, she does bring with her some Battlemod abilities if that's your cup of tea.

when on the ground, you can deploy up to two Tails dolls that will attempt to fire at any enemy that walks within it's range, TD will chase, but they will always be leashed back to their spawn point.

Don't worry too much though, these can be taken out. 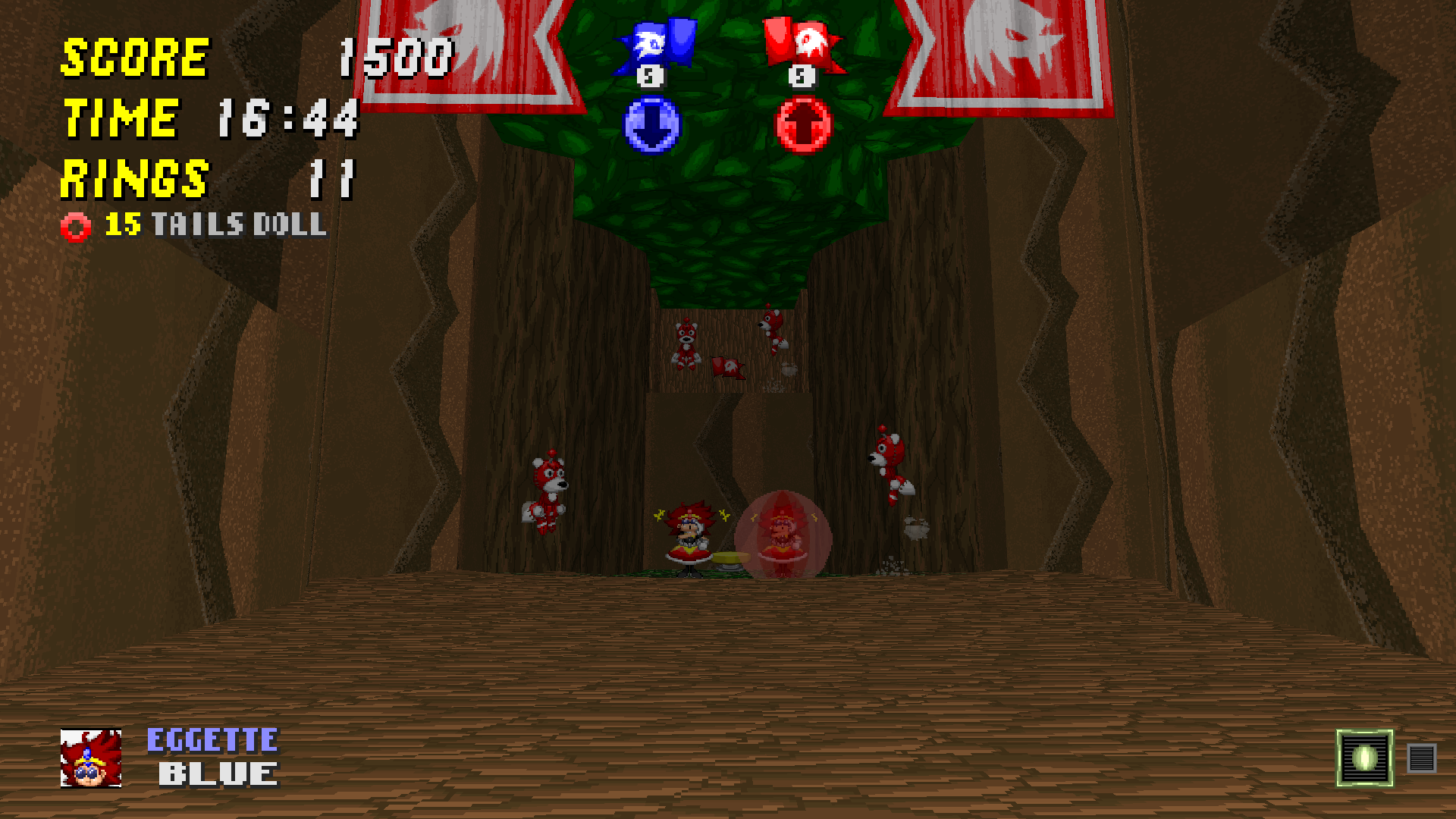 when in the air, you can deploy a patrolling Amy doll who will walk in a small circle from where it spawns, after a few moments she'll explode, however if she spots an enemy, she will make chase for them and latch on should she catch you.

When she does, she'll grip on for dear life and explode at the end of her fuse, it's not the end for you however, a nicely timed block, parry or airdodge should see you safe, just block the second she turns completely white.

I believe there's not much left to tell about Eggette, she was the result of a small project I wanted to do, and I just wondered why not many people do simple reskins these days, you don't always have to shoot for completely new movesets every single time you make a character.
I should also point out that I had full permission from both Steph and MotdSpork to use their eggpack code as a base.

And of course, I should point out that, like many of my other mods, Eggette has xmom and Milne support.

I Like This Mod! Although Im The Eggette Main! (Battlemod Mainer)
Upvote 0
This mod is amazing
Upvote 0
Frankly, this is literally just an Eggman reskin, but that can be changed. I would modify the eggette boost (maybe, instead of using all fuel she uses some but has a shorter boost, or maybe it moves vertically) and make her fly and turn faster, but give her less fuel than Eggpack.

Also I think there's a distinct lack of memes you might wanna change that.
Upvote 0
She as fast as Eggman
She got the same attribute as Eggman
its Eggman
BUT she do jump higher and dont have a super form so like
dont do gethityoudie because you will jut die
also a dilla to dodge using shields... just do the dash on the ground mate
Upvote 0
Honestly... It's just Eggman, theres nothing I can really say about that. Though what I can say is that it doesn't really solve the shield ability problem that Eggman had, I would prefer to use the rocket boost instead of the shields. If you can remove her sheild ability, or combine the ability with the rocket boost that would be good. Her battle ability is fair, easily being able to take down Tails/Amy Doll but it takes time to do so which gives her the perfect time to strike.
Upvote 0
one word, your mod is ... Awesome !! I was fed up that Eggette was ONLY in the fangame but in SRB2, OUUUUAA !!
Upvote 0
it is cool in a way but is a resprited version of eggman, BUT the sprites are good! so i wanna do 3 and 1/2 stars but i can't so here have 4 stars
Upvote 0
Y'know typically I don't care for echo chars but... I can't deny it the sprite work is amazing
Upvote 0
Cute but evil, I like this style of character! Looks cool.
Upvote 0
Fantastic work!
Welcome to Releases!
Upvote 3
Read more…
Top