Moderator
Judge
Hopefully this is the last patch I'll have to do for a while. Things keep happening!

Moderator
Judge
Like a speeding bullet milkman trying to deliver you a great refreshment, it's time to patch this dang pack again.


CHANGES IN THIS VERSION:

MK64 Bowser's Castle is pretty interesting, still keeping the track layout while adding in new elements and an entirely fresh aesthetic. That said, the long wind tunnel does feel rather barren. Perhaps it'd get more interesting with items being left in it that come up on the speeding players quickly, but I feel like the walls could either use some decoration or just being outright replaced with a see-through grate or windows.

Moderator
Judge
tired of these bi-daily patches yet?

Moderator
Judge
Sorry for the super quick update once more.


1.5.1 specifically changes a lot for Blazing Bandwidth Zone regarding overall playability of the map.

(*may actually look far more like Sand Ocean from SA2)

I enjoyed most of the tracks. Tho I am a bit confused to why you picked a sand theme for a forest track. Diddy Kong Racing's Greenwood Village

Sonic Team Junior
Kart Krew™️
Every mapper has some sort of quirky weakness that holds each of their levels back. Whether it's ridiculous jumps that pointlessly push the limits of the game causing frustrating deaths (Any map I make), shortcuts so strong that the race is determined by them and nothing else (Blitz-T), or an overuse of a gimmick to the point that the courses are overly reliant on them, forgoing solid design (Barkley).

The biggest flaw I see in all of your maps is how poorly the course is telegraphed after a slope. 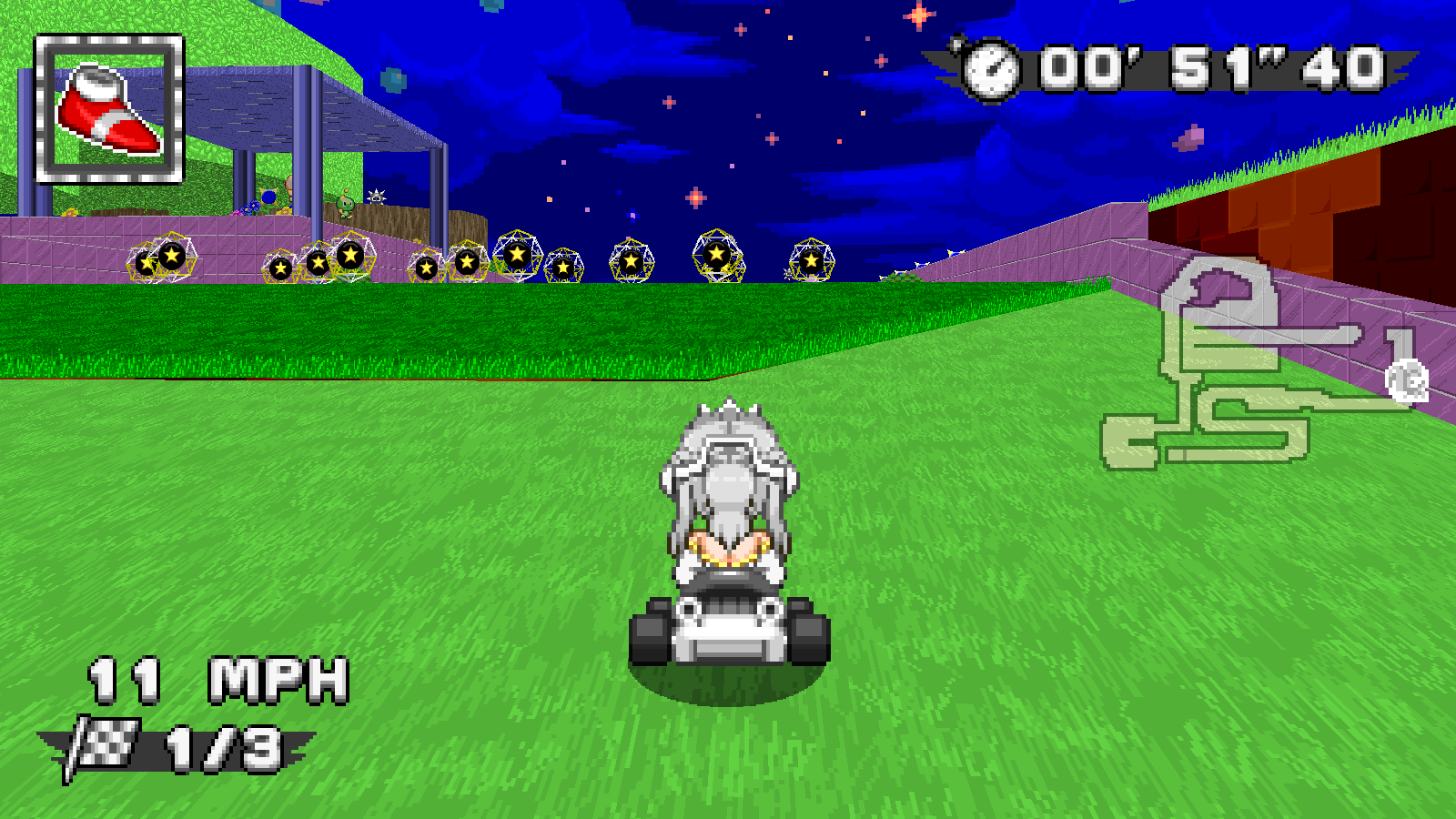 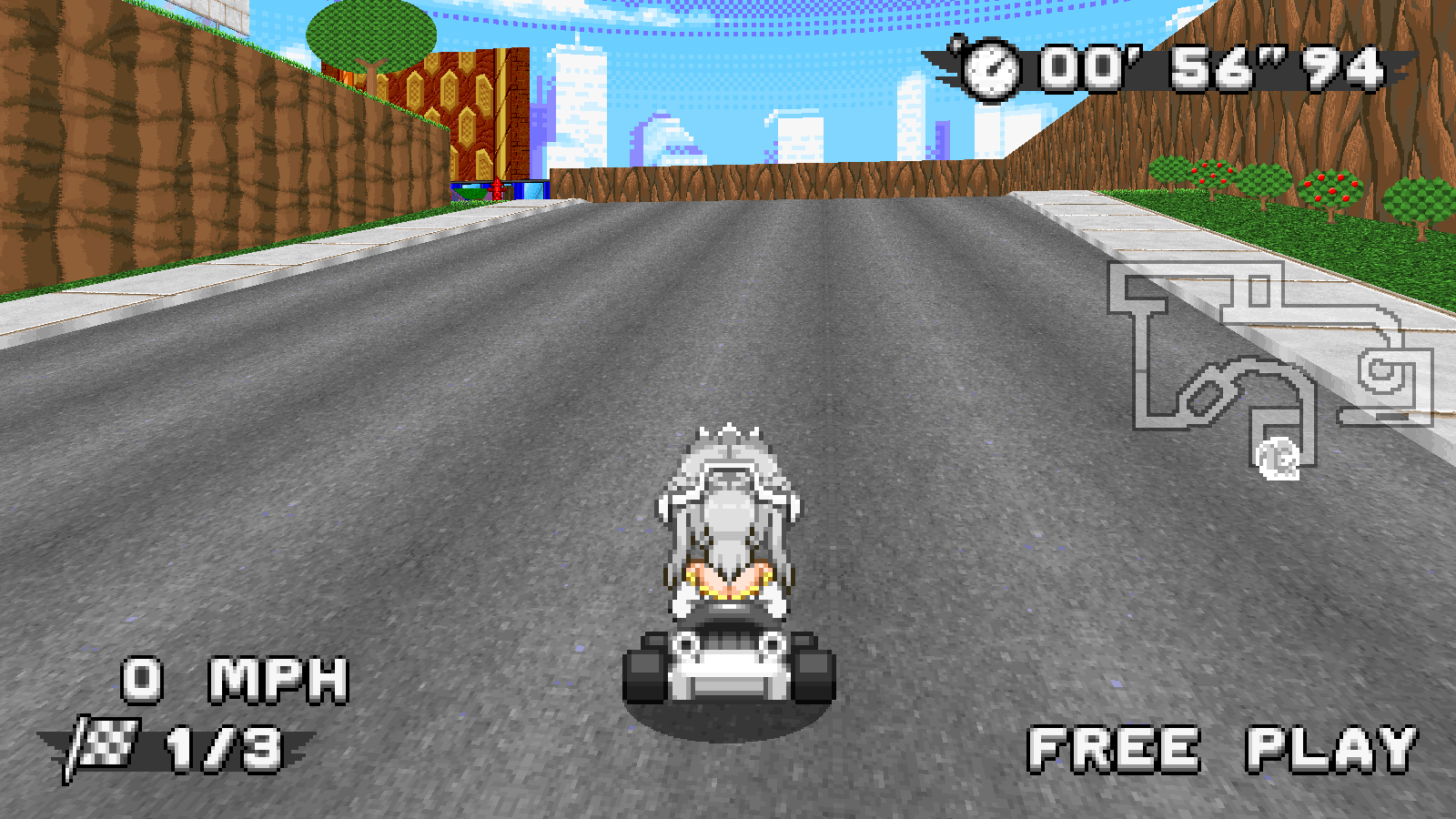 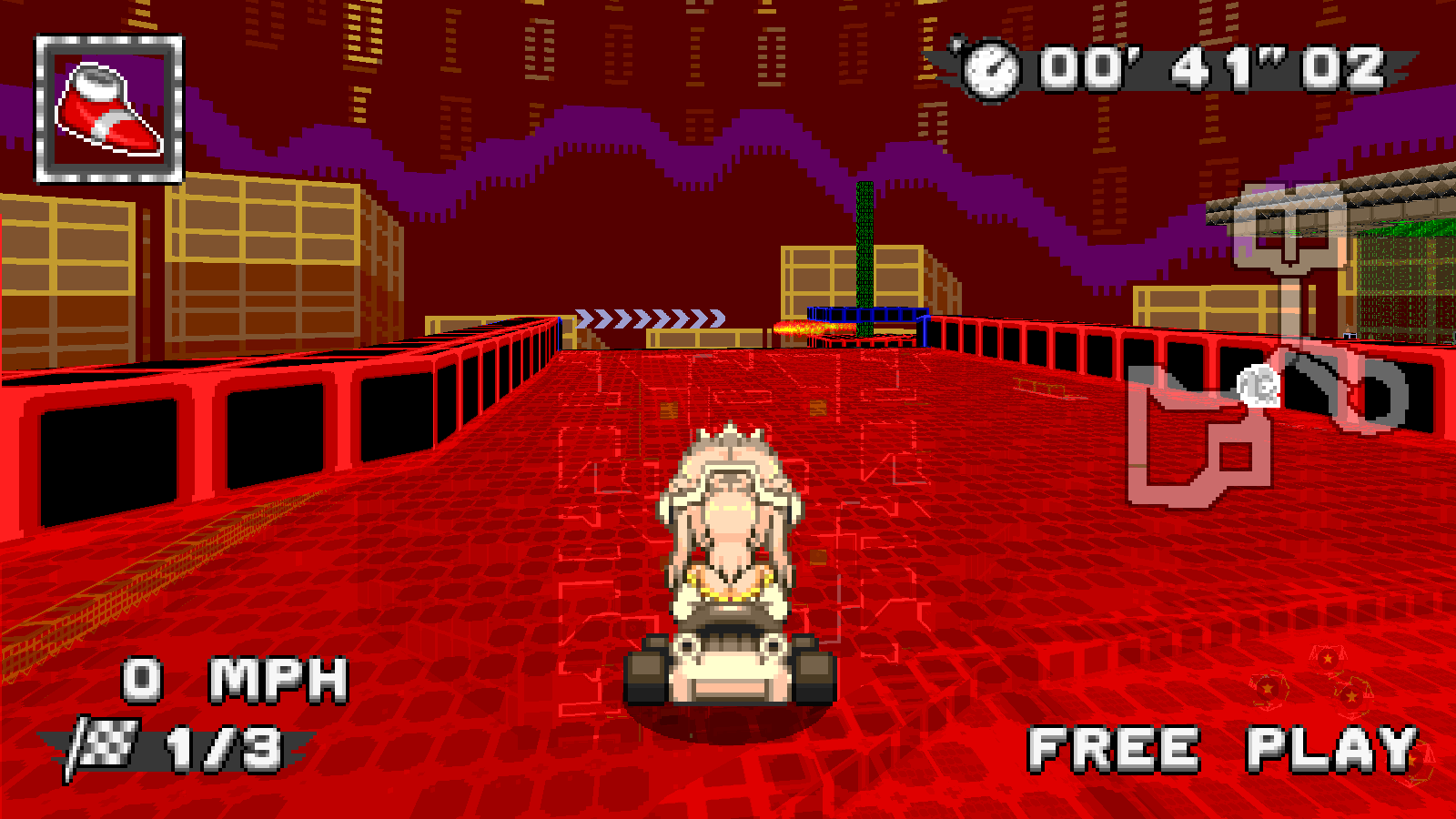 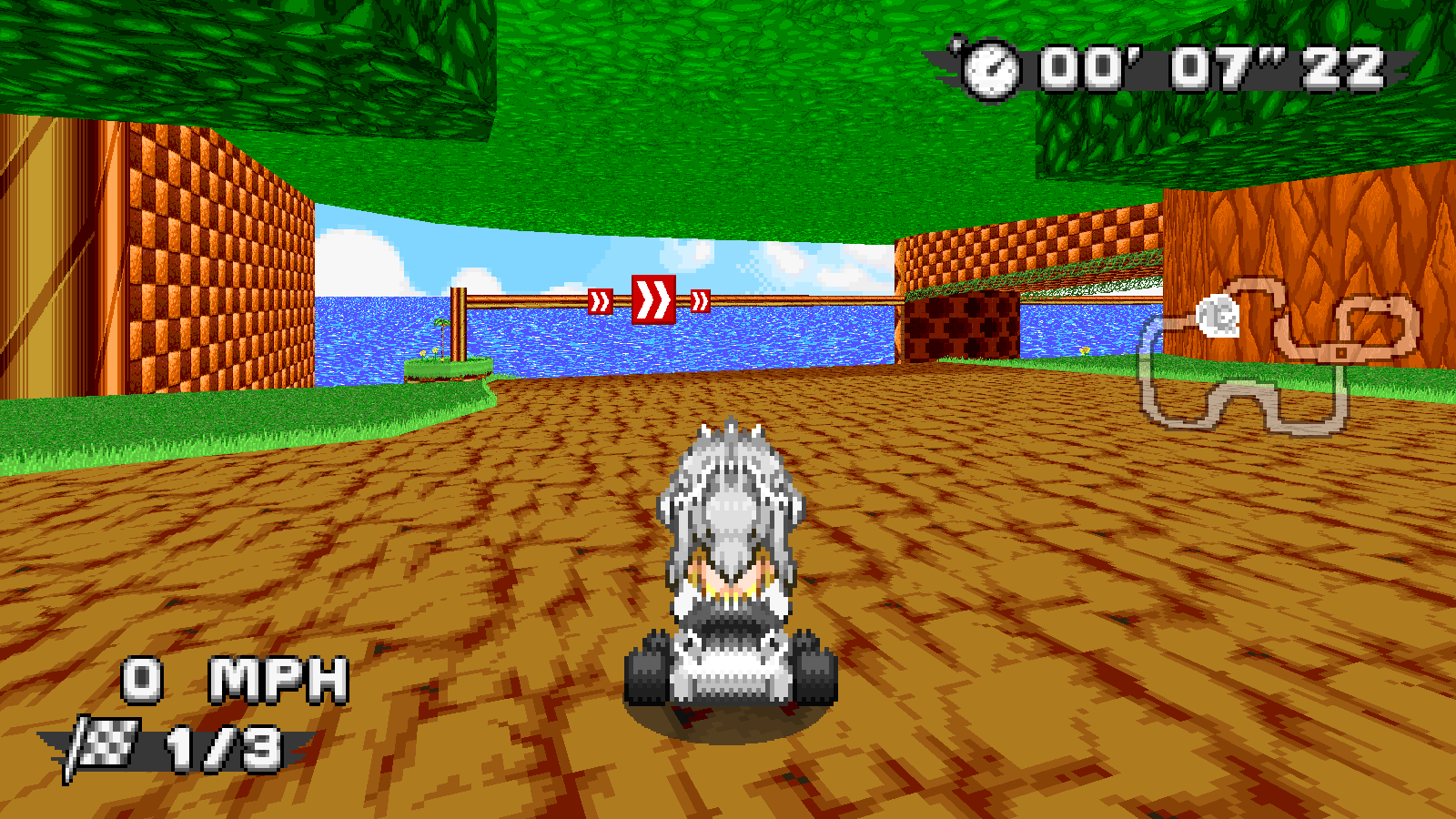 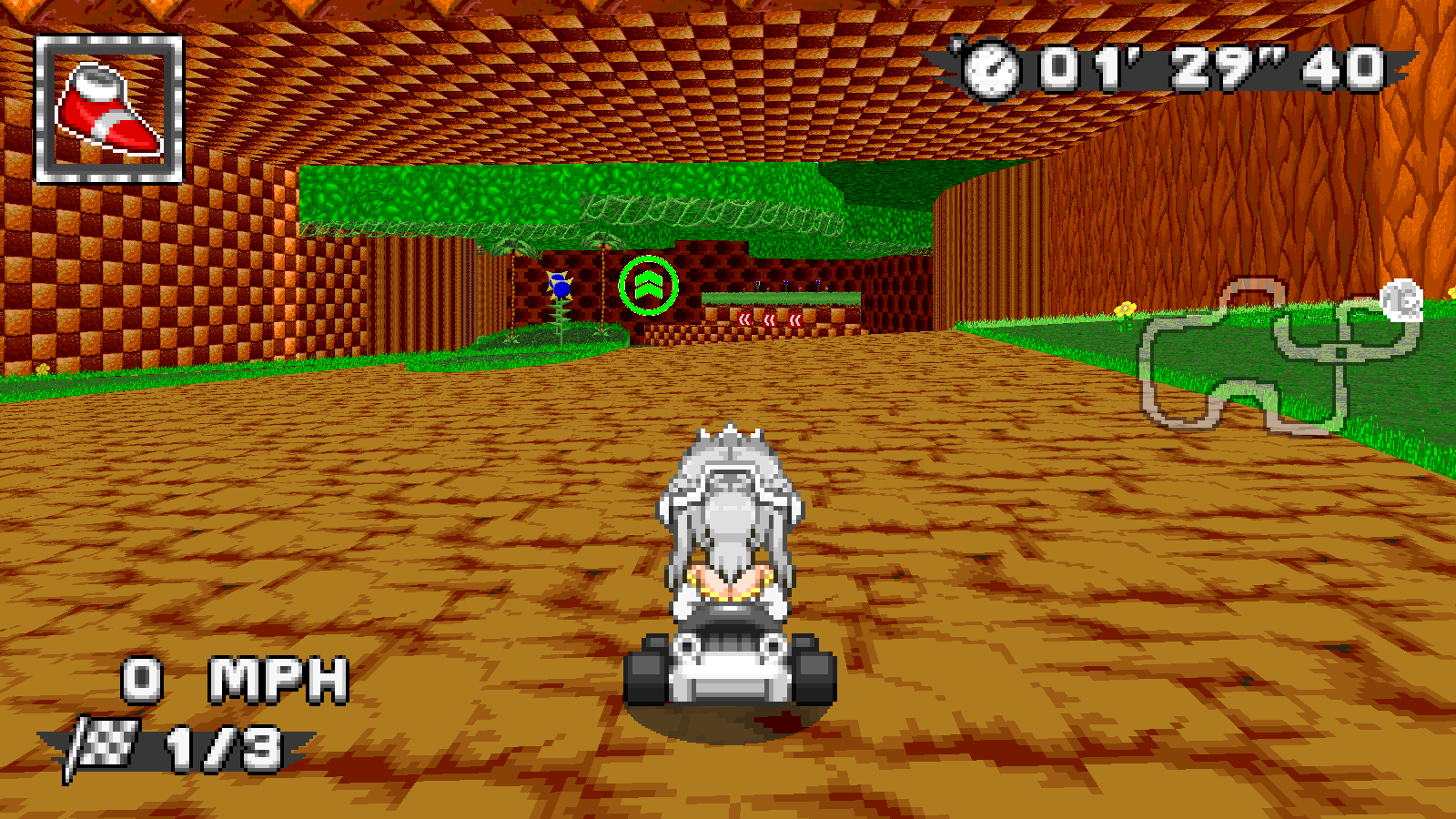 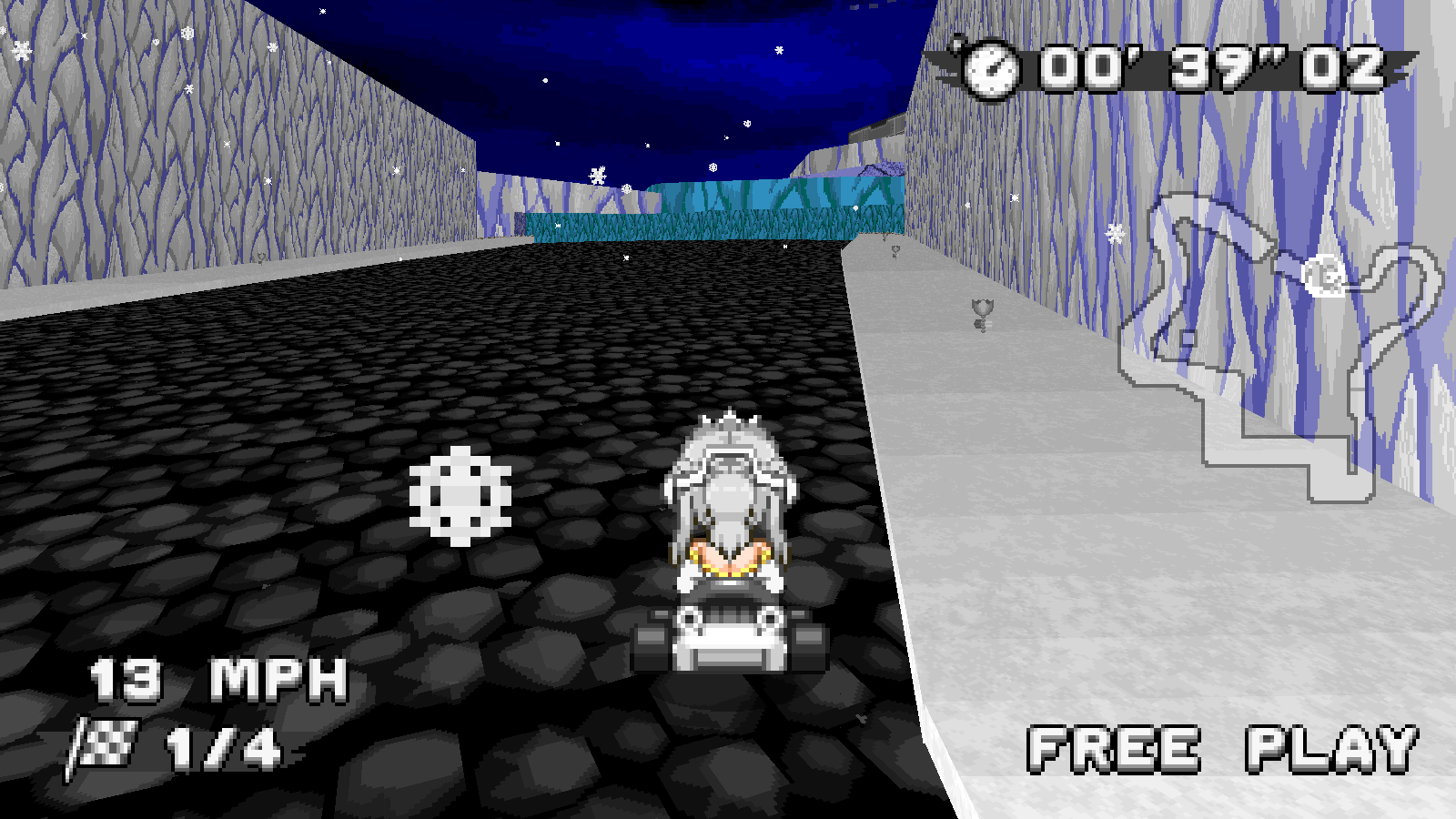 Some of these do have arrows giving you an idea of what button to press, but the hazards that you need to avoid are usually much closer than the arrow itself. 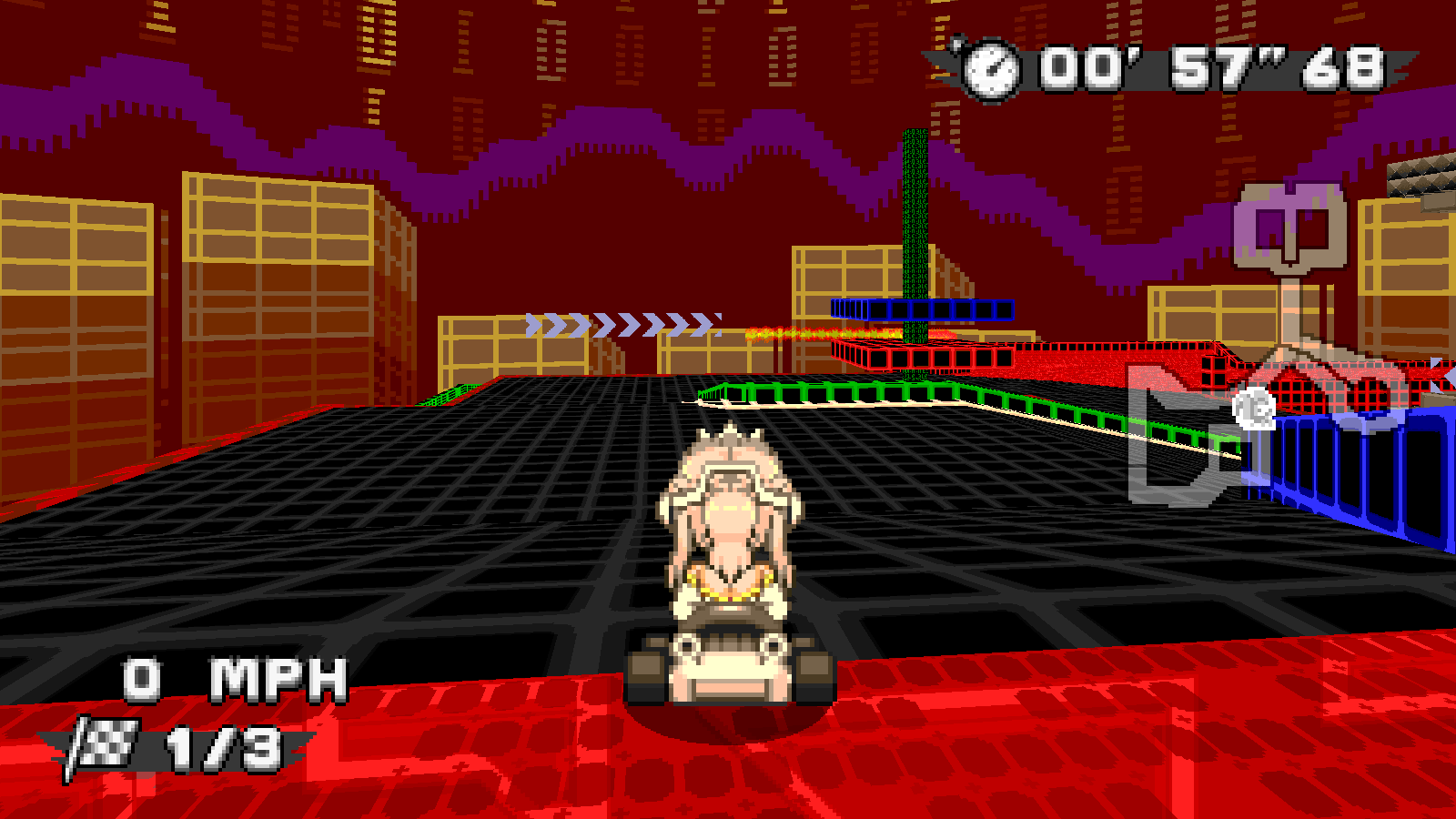 You definitely can't react to that divider in the second image, and bananas are a total guessing game when slopes drop this steep this so quickly. Give some more room to breath as you reach the top of slopes and space out (or slope) the ceiling so you can look to it as an example of what's coming next. Arrows aren't the only way to tell you where to turn. 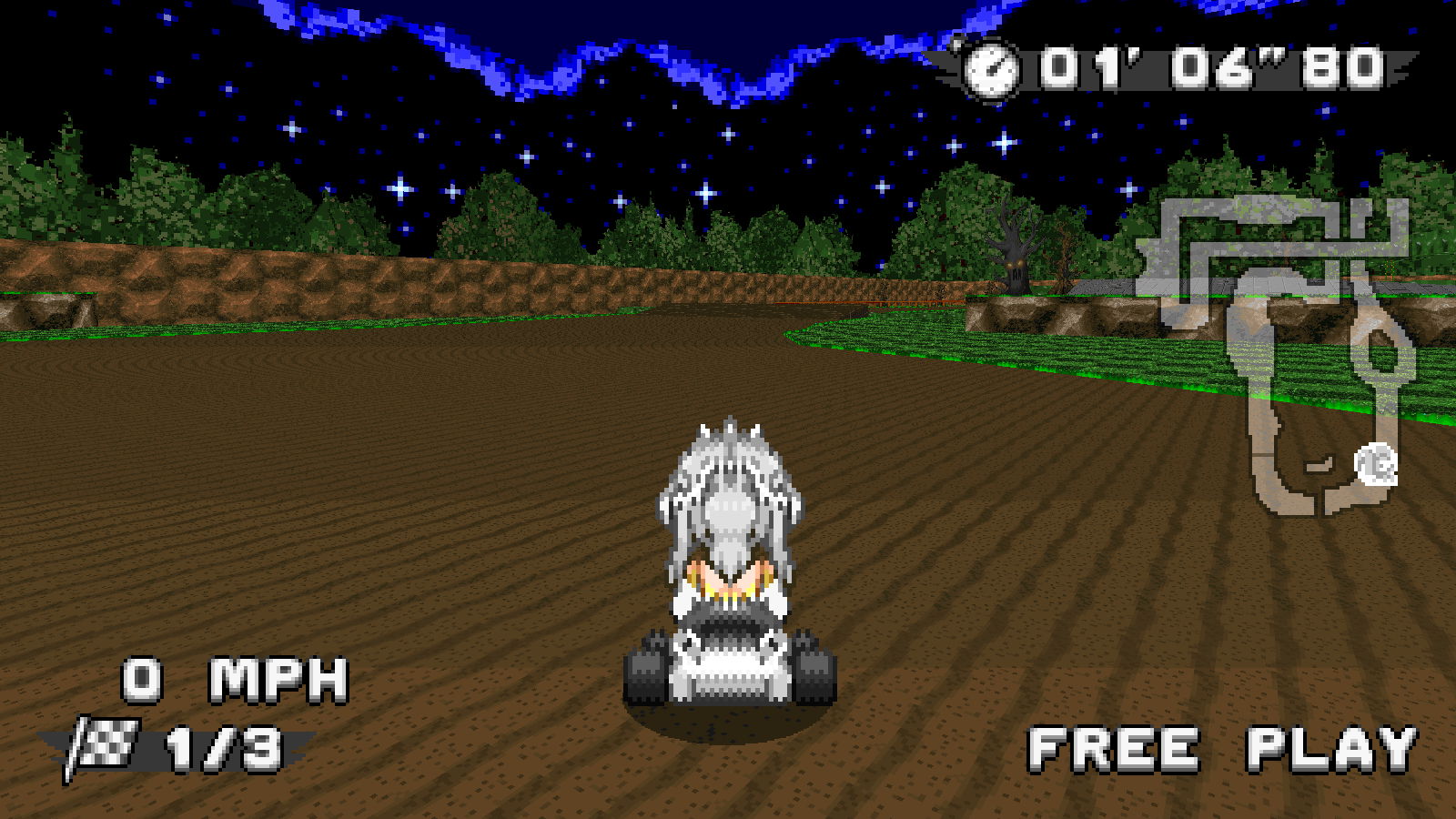 Chrome said:
and bananas are a total guessing game when slopes drop this steep this so quickly.
Click to expand...

I wanna talk about this. The thing with bananas is that they're fairly short and the only time players can see what's immediately down the hill is when they're just about to go down it. Even with fairly long, gentle slopes like the one after the bridge in Sonic Speedway for example, there's little to no opportunity for players to avoid bananas like this if their driving line happens to be aligned with it: Tails's sprite is obscuring the banana in the gif, so you don't have a clear view of it. The camera doesn't pan up over the character any further until they're going downhill, so the usual blind spot directly in front of them is extended to the immediate portion of the road going downhill. So yeah, it's definitely an inevitable guessing game there, but I'd only see it as problematic if the road width is very thin, as that would increase the likeliness of players hitting these items. Otherwise, I see it as players taking advantage of the course layout in those spots.

If I get some time, perhaps I'll take a closer look at these maps. See what I think. Other than what Chrome mentioned, I like the looks of them. Pretty nice!

Moderator
Judge
I had to drag myself away from 2.2 for this patch. :(

Moderator
Judge
sorry for the 24-hour patch, just some things had to be addressed real quick.

A Sonic and Puyo Fan

The amount of stages made for this pack is pretty amazing. I also enjoyed playing the battle maps from time to time. However when in the shrink effect in Route Three-One Zone, you can't get across the gap with the red spring panels if you don't have a speed item in hand. I figured I give you that information since shrink is usually disabled in kart servers now.

Moderator
Judge
tearin' my way from animals for this.