It's here after the big wait.

With a team and hearts and support


Cman 3.0 features from the scratch sprite art. These took really long. The sprite art was done by : Cman
Cman had a plethora of sprite art designs!
But this one blends with any other character making him Better with any color!

The air drop gives you a boost in mid-air!
By pressing SPIN in mid-air! Be careful with this move you can't do this after a double jump!
Hint : You can do this from mid air platforms and taking damage from enemies!

The ground slam! By pressing 1 In mid-air Cman will stop all momentum and slam on the ground! Killing all nearby enemies! It may vary of where you use it. It will break some places that Amy will.

AND NOW THE SUPER FORM

Cman Has This Thing Called "Wad-On-Technology"
What's that? Oh I'll explain it here in a second.

Cman/CmanArts!
Hold Owner Ship To Cman And "Air Drop LUA Made Too"

Super Music = Racing King From King For Another Day Made By Siivagunner.


Wad on technology is something, that i created to show what 2 wads make of eachother.

And here is the introduction.
Cman has Wad-On-Tech. Wad-On-Tech Is When Cman's Code Cooperates With Other Mods.

There Are More Wad On Tech Mods Coming To Cman.
So Let's Explain Our First Wad-On-Tech. 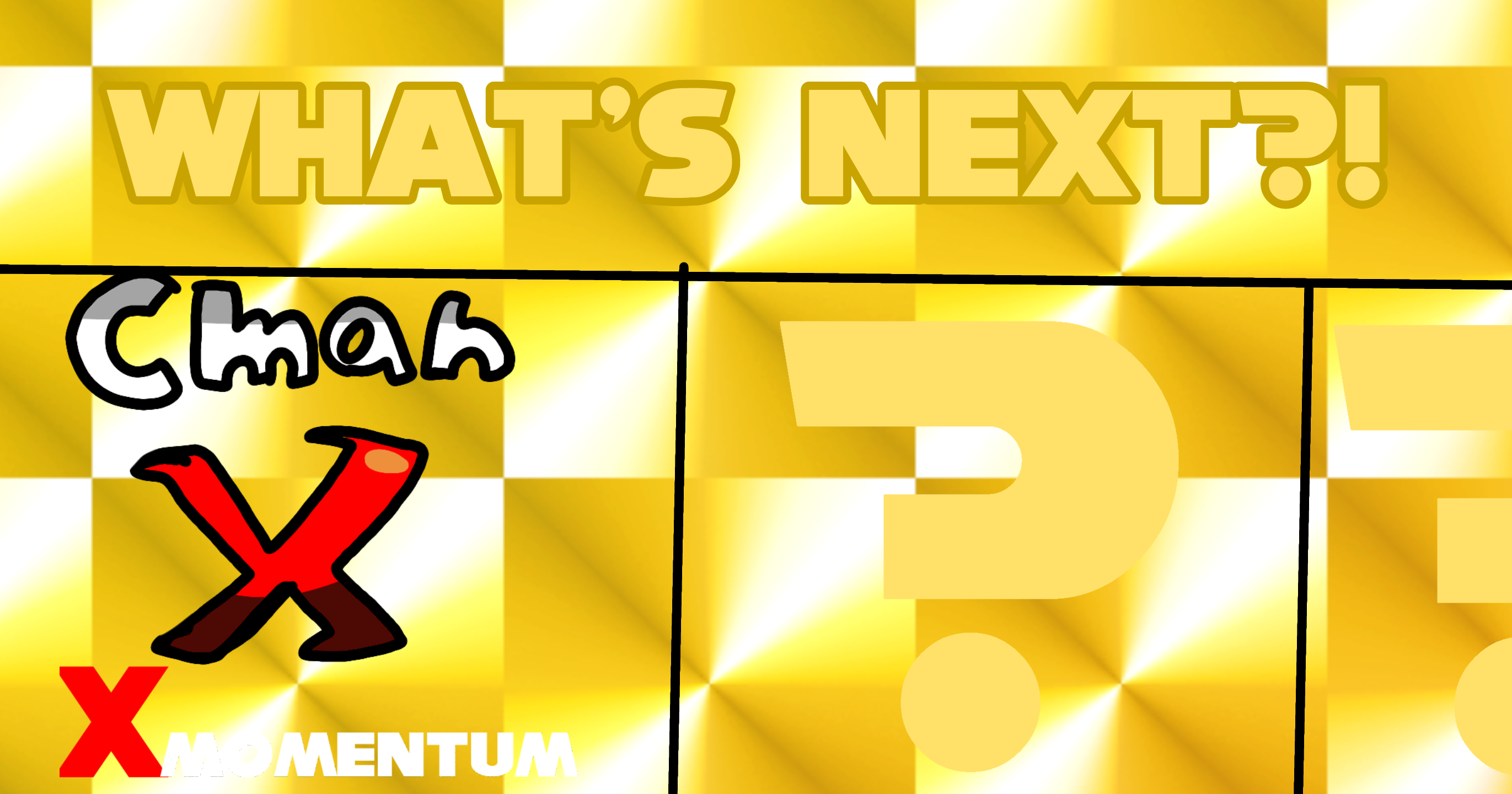 In This Wad-On-Technology Cman Will Have Special Animations And An Happy Form Let's Go For It!

Let's Go Over Speed. With Wad On Technology XMomentum Speeds Cman Up! He Goes Faster Than Original Cman! 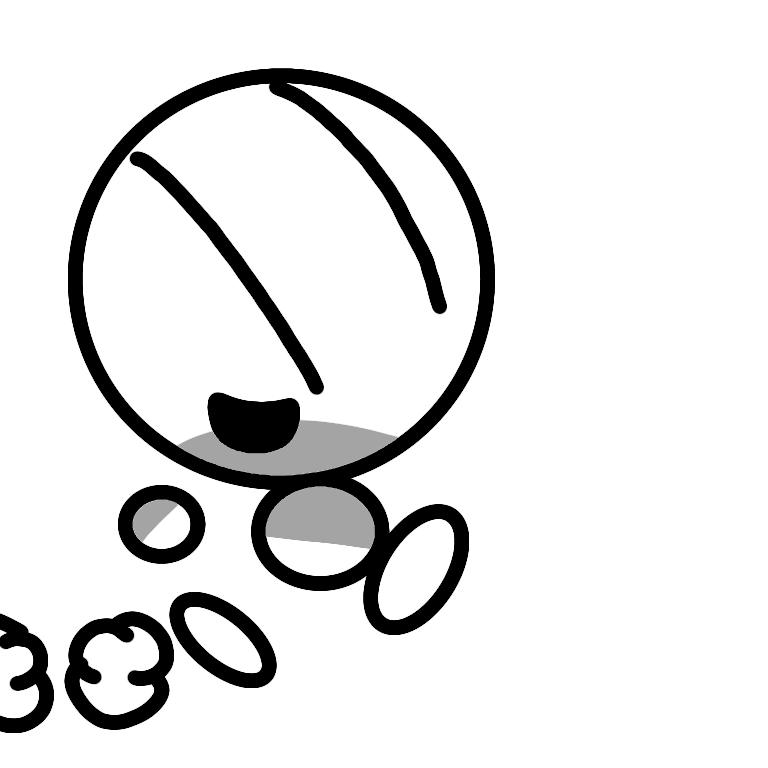 Now You Can Play As Hyper Cman With No Problem 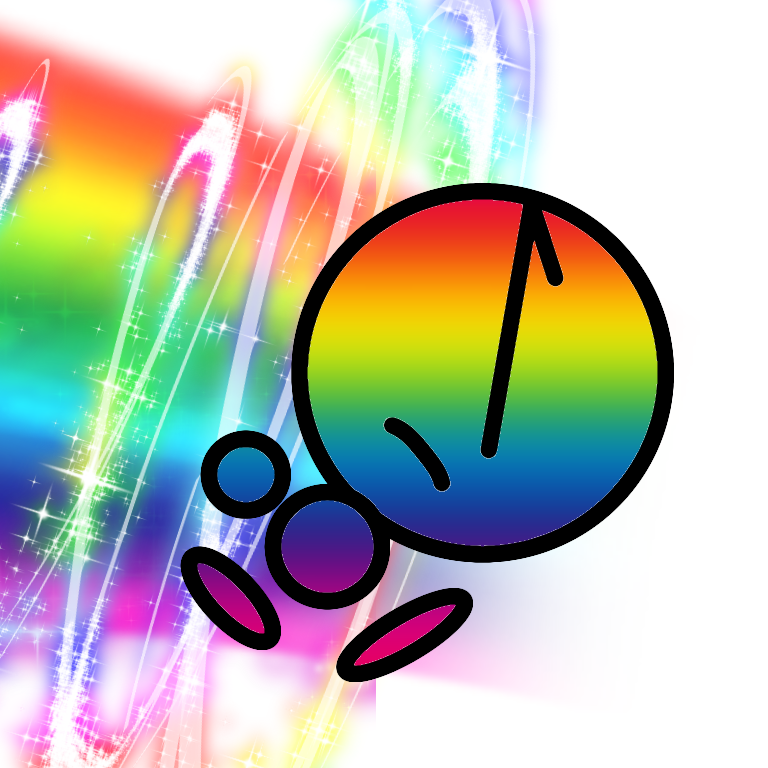 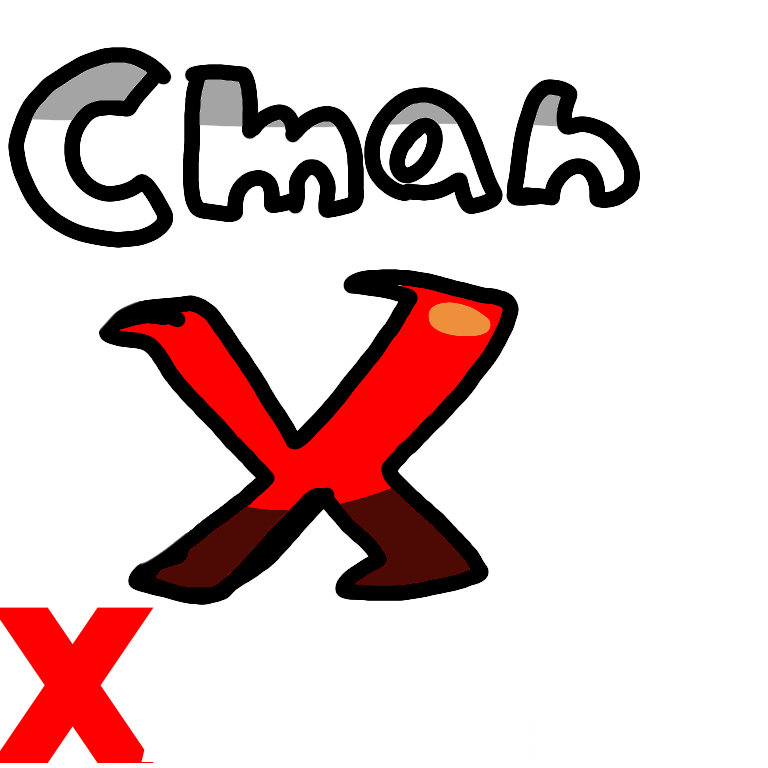 Cman X CrossMomementum Was Fun..... But Is This Even Funner?!
Beating Your Opponents Turning Friends Into Frenemies?
Seeing Who's The Best?! At...............
BATTLE?!

This Won't End Here This Is The End OF Wad On Technology Wave 1! 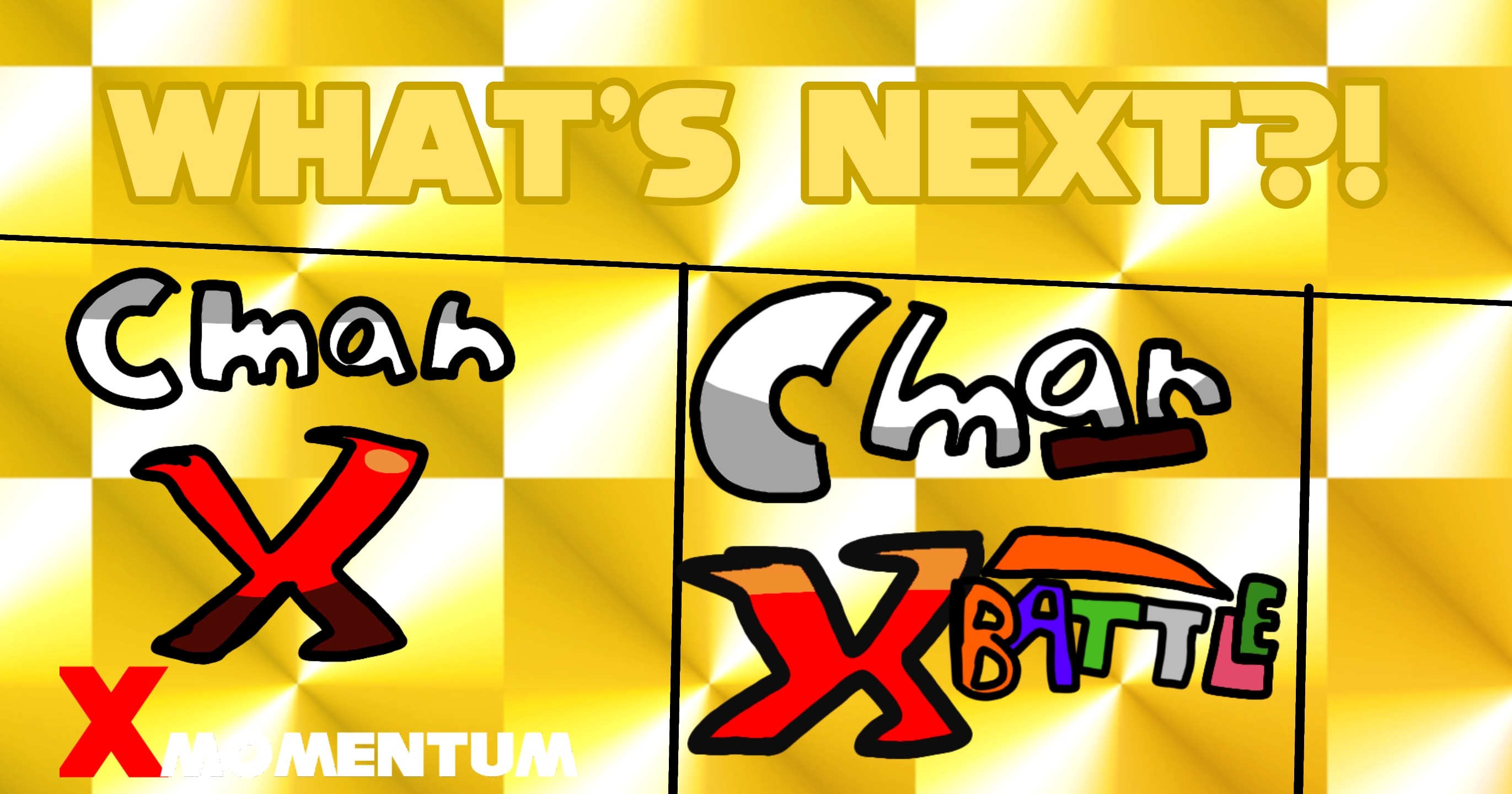 But You Sat There And WAITED!

Now Cman Is Compatible With Battle Mod! He Also Has A Feature When He Turn Super Cman!

Blow Your Opponents Away! WIth The
C Bomb Barrage

The New Move Is The C Bomb Barrage

It Comes Once You Load Battle Mod!

CobaltBW For Making Battle Mod Dude.. You Opened A Whole New Way To Play For The SRB2 Community!

Want More Coverage Over This Update? I Have A Vid On YT Also Covering It But I Can't Put The Link Here So Search It Up!

I'll Put The Link Here When I Can!

THE WORLD'S FIRST SRB2 PERSONA SUPPORTED MOD! MADE FROM SCRATCH! 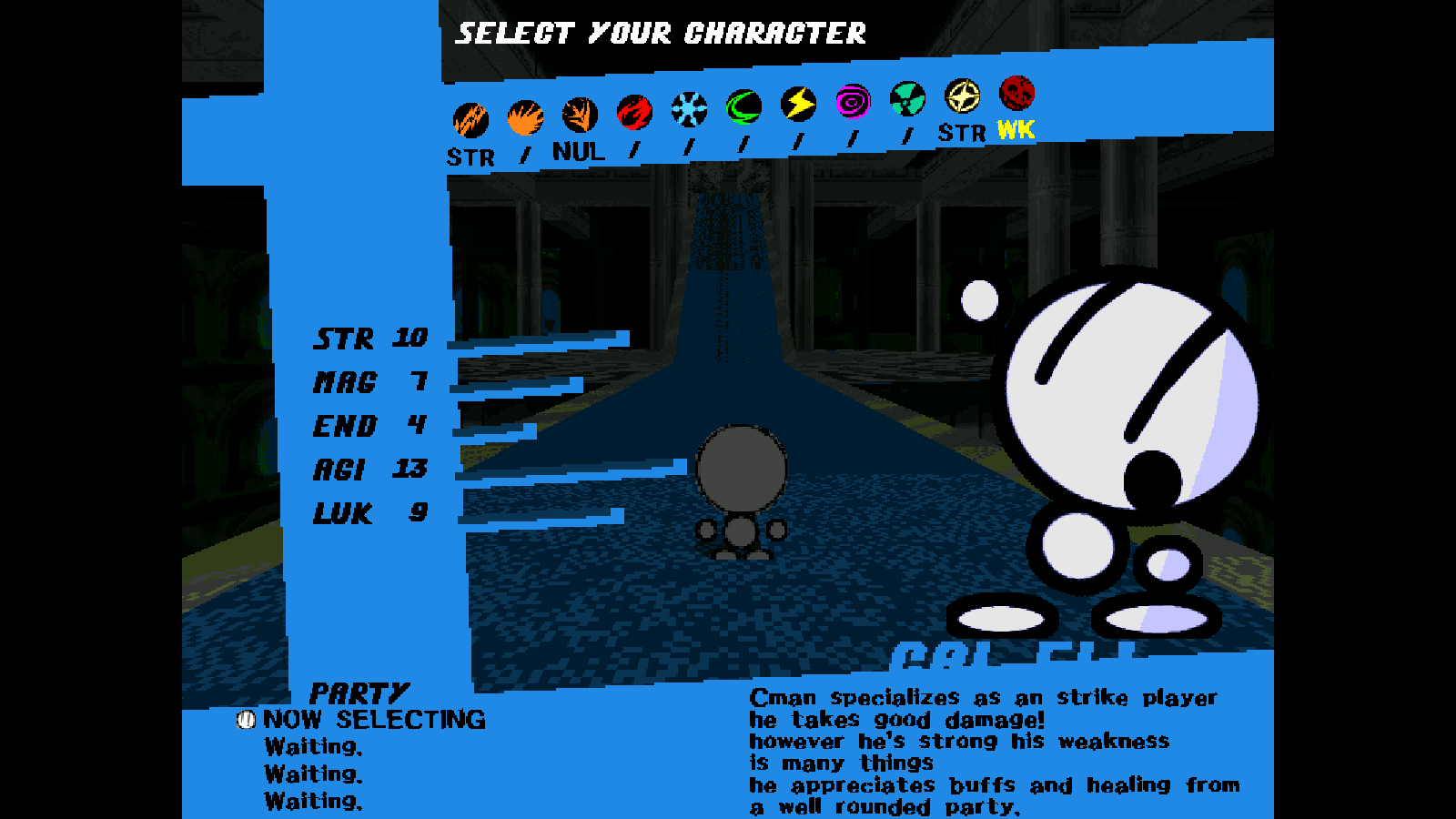 He's Fully Playable In SRB2 Persona! Completely With! Moves And Everything
Custom Stats And Also........ Works Well With SUPER MODE!

CMAN SRB2PERSONA HE JUST MADE HISTORY


So i heard you were having trouble.....

Here's what you do to load in Cman for SRB2:P

open the command window in SRB2P

Go into player setup and select Cman!
And once you select your team Cman will be there thanks for your interest!

Enjoy beating shadows, and watch out for the reaper!

Did I mention model?!
Thanks to Gans


Cman has his own model!


Made freshly out of the oven a Cman model


GAMEPLAY!
thanks to BETA testers from the Cman dev discord
listed here

cman hugs milne, after that, they start dancing
cman had a good time

Cman has secret wad on technology. Don't spoil it online or youtube until I lift the spoiler caution.​

I can tell there has been effort put into this! And overall this is pretty cool!

the added transition graphic was a cool idea, but in my personal opinion it has been animated pretty wonkly. But that isn't important, the main course is the playable character! Cman!

... Who is Cman? After some research i've found out that he is the creator's Avatar/Online Persona. He seems to have a history of making mods of games where his character is featured, and that is pretty comandable! Most creators and artists online have probably at some point wanted their character in a game but they've given that up as soon as they thought of it because of the work that would have to be put into making it, but this guy has assembled a dream team to help him!

I've wanted for a while to make a mode featuring my character because of it's "Sonic-y" proportions, but i've never put effort into actually trying to figure out how to do it, but Cman has in some ways inspired! I've been looking into it because of this mod but idk if there will actually become anyhting out of it...

Enough about me! Cman!
The effort put in to this by the team is really cool. The sprite for the cMAN himself is pretty good, tho i do wish it had a black outline like the promo images. The sprite also clashes with the art on the character selection screen quite a bit if you ask me, but that isn't a big deal. The animation of him looks pretty good, not on a crazy level of detailed but it looks fine.

His actual abilities seem kind of random... at least from the perspective that doesn't follow Cman on all of his different social medias.

But once again i need to mention the effort put in! It's really cool that the character is so compatable with other stuff from the community. They even created a 3D model! Most mods don't make a 3D model and i'm fine with that cause i prefer the 2D in 3D enviorments look but it's really cool that they made the model for the people that are going to want it!

This mod is a little too neiche for me, and probably most people, but the effort put in makes it worth a download! Keep up the great work.
Upvote 1
i cant believe how much he changed, great work

Cman!
Best Change Ever!
Upvote 0
The new sprites look AMAZING!! I can't believe such a simple mod evolved into something this awesome. Great job, cman!

Cman!
Thanks!
Sprites took a long time!
Upvote 2
Cman is an excellent and fun character. He gets my 5 stars for the orginality here.

Cman!
THANK YOU!
Upvote 1
He may not be the most perfectly drawn guy, or the most interestingly designed, but this guy's got one thing going for him; perseverance. The first version of him didn't even get past releases. Still, he persisted, making a stronger case for release by upping his abilities. I admit, I didn't ike him at first, but by now, he has absolutely earned my respect.

Cman!
Thanks!
For the review D00D!
Upvote 7
Read more…
Top