Alright, here's an actual update and not an April Fools joke.

You can now toggle the reticle SFX, and shut up the Jazz band too. Enjoy!

Unrelated but I love that Byleth artwork you have.


On a more related note thanks to allow people to disable the jazz music.

So will he ever be adjusted for the Battle Mode mod?

Now i know that you've gotta be faithful and use the same sfx but JESUS HECK HE SCREAMS LIKE HE'S JUST BEEN STABBED IN THE LEG WITH A KNIFE MADE OUT OF ACID
Last edited: Apr 23, 2020

Can I use your Werehog for a Project? I'm trying to remake Sonic Unleashed in SRB2!

Wildninja73 said:
Can I use your Werehog for a Project? I'm trying to remake Sonic Unleashed in SRB2!
Click to expand...

As long as you credit me, sure! Good luck with your project!

One Question, How do I put a Custom Character in a Wad File?

Seriously, How do I put your Werehog in my wad file?

You know what? You don't need to answer that question! I already found out! But I had to disable Chip and the Grapple Punch because the Sprites didn't load correctly!
Last edited: May 12, 2020

Thanks to Colacoot, Werehog has recieved a nice lil facelift for most, if not all his front facing sprites. His face looks way less goofy now!

More changes in the changelog.

Colacoot did a nice job with the sprites, congrats!

It was no biggie, just about 2 days of editing faces whereever I saw them.
I overlooked the NiGHTS sprites and wanted to do something for the grappling hand, but figured those'd take a bit more time than I wanted to spend doing on this lol.
enjoy the less goofy faces

Will he ever be compatible with battle mod? Please do try cause he's fun and I'd love to have him available for it.


Plus, a small little easter egg for those who find it. ;)

the spirit of the Werehug never left you... 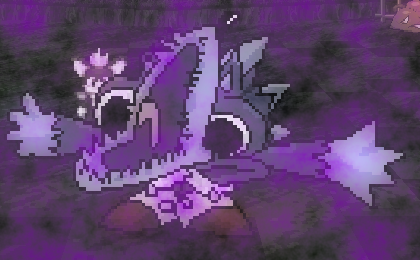 daviroll_limit said:
the spirit of the werehug never left you...

You should train some more

I think he needs Foot steps like Modern Sonic.
You must log in or register to reply here.