Overview Discussion
This thread contains content that may be reused, modified, or ported by anyone.
J 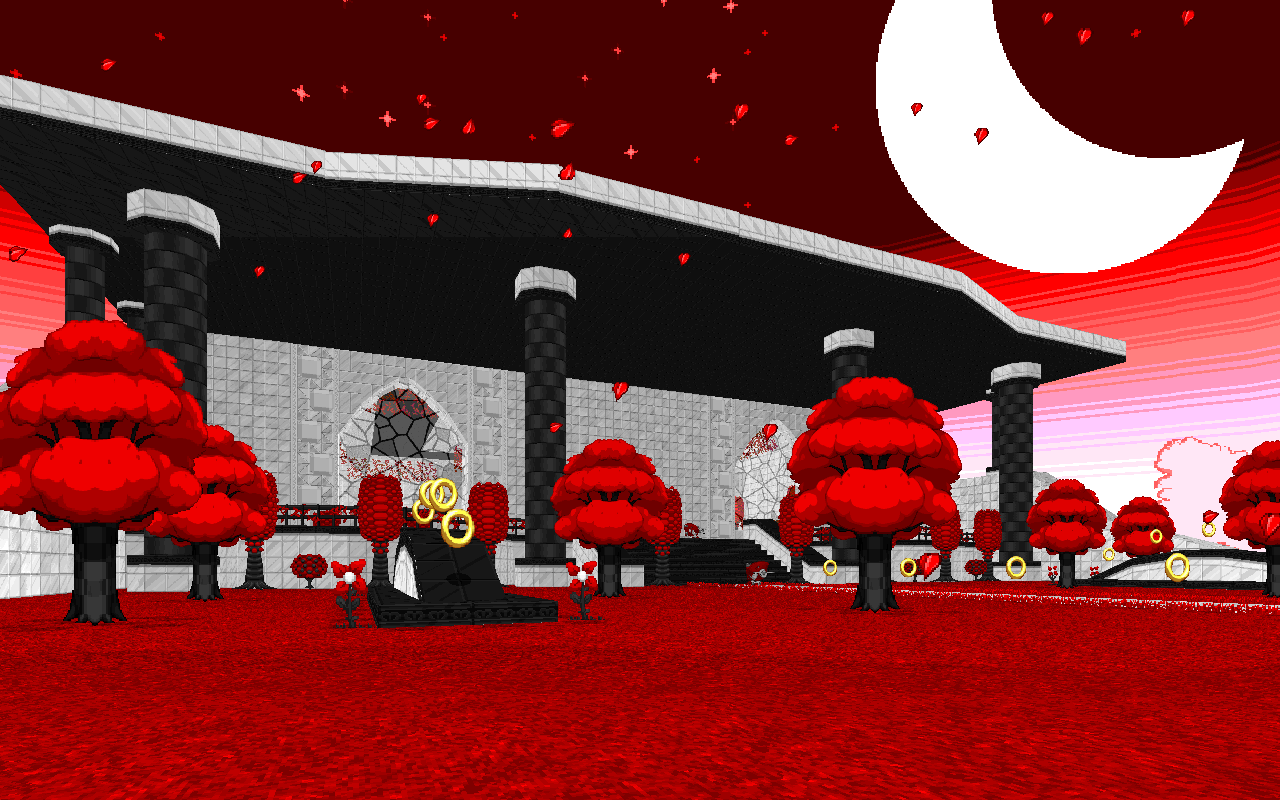 Yep, it's that level from KIMOKAWAIII, remade from scratch and enhanced for 2.2


I don't exactly remember what or who inspired me to make this, all I remember is that one day I just went "Damn this level aged pretty bad, I really need to improve this to fit 2.2 standards", and so this began. I worked some days over the original map file, until I realized a complete remake would be the best option. Due to the pandemy and quarantine I spent most of may/june working on it most of the day. Eventually the combination of my passion for the map, unhealthy amounts of coffee with a pinch of self-loathing drove me to push everything to the limit, I didn't want ths to be just a simple port. I started to toss around a lot of ridiculous ideas for stuff to add to the map, from simple non-euclidean rooms, to multiple acts with a boss fight at the end. Eventually I realized I lack the skill and knowledge to implement some of these ideas, so I started to lose motivation on this, working less and less each day. Around July, for reasons I prefer to not talk here, I left the community, putting the last nail on the map's coffin.
Fast foward a few weeks ago I was doing a cleanup on my PC, when I found the files for the map remake. I decided to launch it on zone builder to see how much progress was made before I tossed everything to the trash. To my surprise, as a simple enhanced port it was around 80% completed. After a brief meditation I decided it was probably for the best to finish this map, after all, leaving behind all that progress I made around june would be a waste, and knowing me I probably wouldn't sleep with a clear mind until this was done. So it began again, I deleted most of the weird experiments I wanted to implement and completed what was missing.
So here it is, isn't exactly the 'full' thing I was planning back then, but I hope it delivers a nice experience for those that play this level for the first time, and a fresh one for those that played it before.
For those that haven't played the original, the map is more or less an emerald hunt around a surreal palace. If you're a curious one you might find more than emeralds, probably leading to a different outcome...

Credits:
Sonic Team Jr. - most of the base textures, I recolored them to fit the level palette.
TelosTurntable - Her sprites.
My coffee - Keeping me motivated

Judge
One of my favorite levels from SUGOI 3. Fantastic visuals, ambience, and I really love the level design a lot. It's a shame that this updated version isn't going into be in SUGOI Ultimate due to complications with some objects but regardless, it's nice to see this again. Welcome to releases!

Kart Krew™️
Ooo fancy, didnt expect this. Guess we might see this in the Sugoi port? Maybeno?

Where is Chen?! What have you done?! Noooo! My favorite meme photo spot!

Are you going to submit this for the official SUGOI trilogy port project?

Judge
The striking visuals and beautiful atmosphere made this one of the most memorable SUGOI maps to me, and that holds here too. The style plays especially well with the secondary objective of solving the 'mystery'- which feels more fleshed out and engaging this time around. (I like the touch of the little giggle hints this time around.) It's a gameplay style you don't see done often in SRB2, but it works super well here.

I do feel that the enemies spoil the atmosphere though. Frantically dodging arrows kinds of runs counter to the feel of the slow-paced exploration. Though it's a lot better than here the Robohood-spam of the SUGOI version, I honestly suspect the map wouldn't lose much at all if the enemies just weren't there.


Overall, I thoroughly enjoyed it!