Rominepack is my second level pack that i've ever made.
I'm still planning to release the last update - 1.4
If you really enjoyed playing this level pack, comment your thoughts!
This pack features:
Rain Forest Zone
Chemical Factory Zone
Glacial Winter Zone (in 1.4)
Space Base Zone
Music is taken from various sources.

Good attempt at a pack. I've mentioned the few problems I've noticed through Discord, though just in case it got lost in the messages:

-The levels could use to be a bit more coherent in general. Currently some of them feel like rooms that are filled with squares, instead of actual structures. A good way to get inspired is to look at levels like ACZ or RVZ in Zone Builder, to get an idea of how they're shaped.
-Lonely rings sitting far away from each other is a Perfect runner's nightmare.
-Lava sectors should be tagged with "Damage(Fire)" to gain solidity, otherwise it's a pain in the rear to get out of them.
-Some missing textures.

Still, good luck on refining this!

Hey man remember me, I still got that Dark Hill zone 1 level in here,

Shapeshifter Boi said:
Hey man remember me, I still got that Dark Hill zone 1 level in here,
Click to expand...

wow your itch looks nice, and also i remember your nickname but i dont remember how you get it(wow i have such bad grammar)

1.3 update
not much changed since 1.2, but theres still some changes
Added 2nd and 3rd act to WOZ
Changed boss music
yep, thats all i guess

Hey! Where are Amy, Fang and Metal?

These clouds are moving too fast. This does not happen in real life.

There is no colormap in the water.

There is no "pit" effect 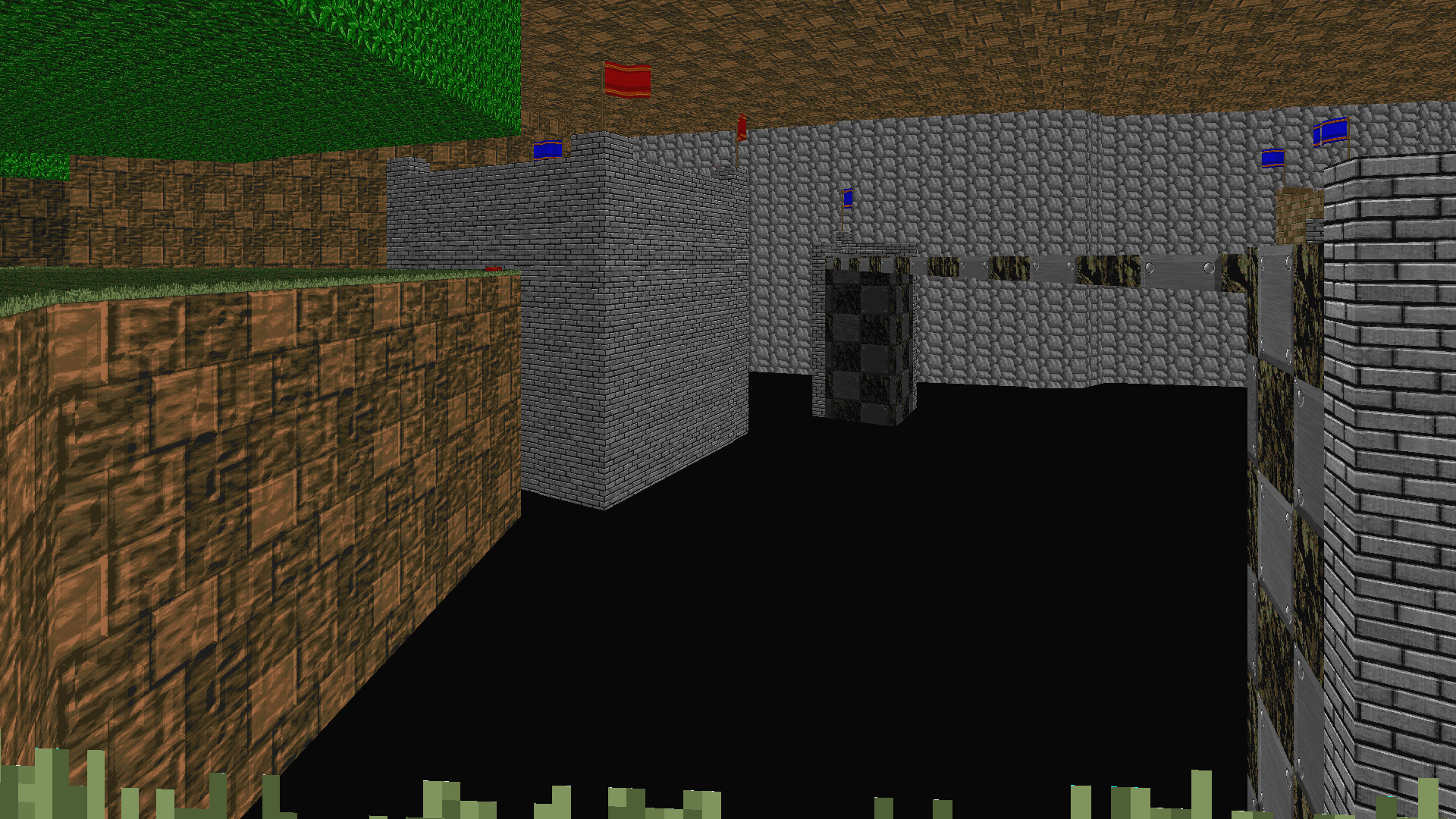 This level was the largest level in the pack and it's a little frustrating because all the next levels are small. This is strange.

The presence of boxes in the cave looks strange 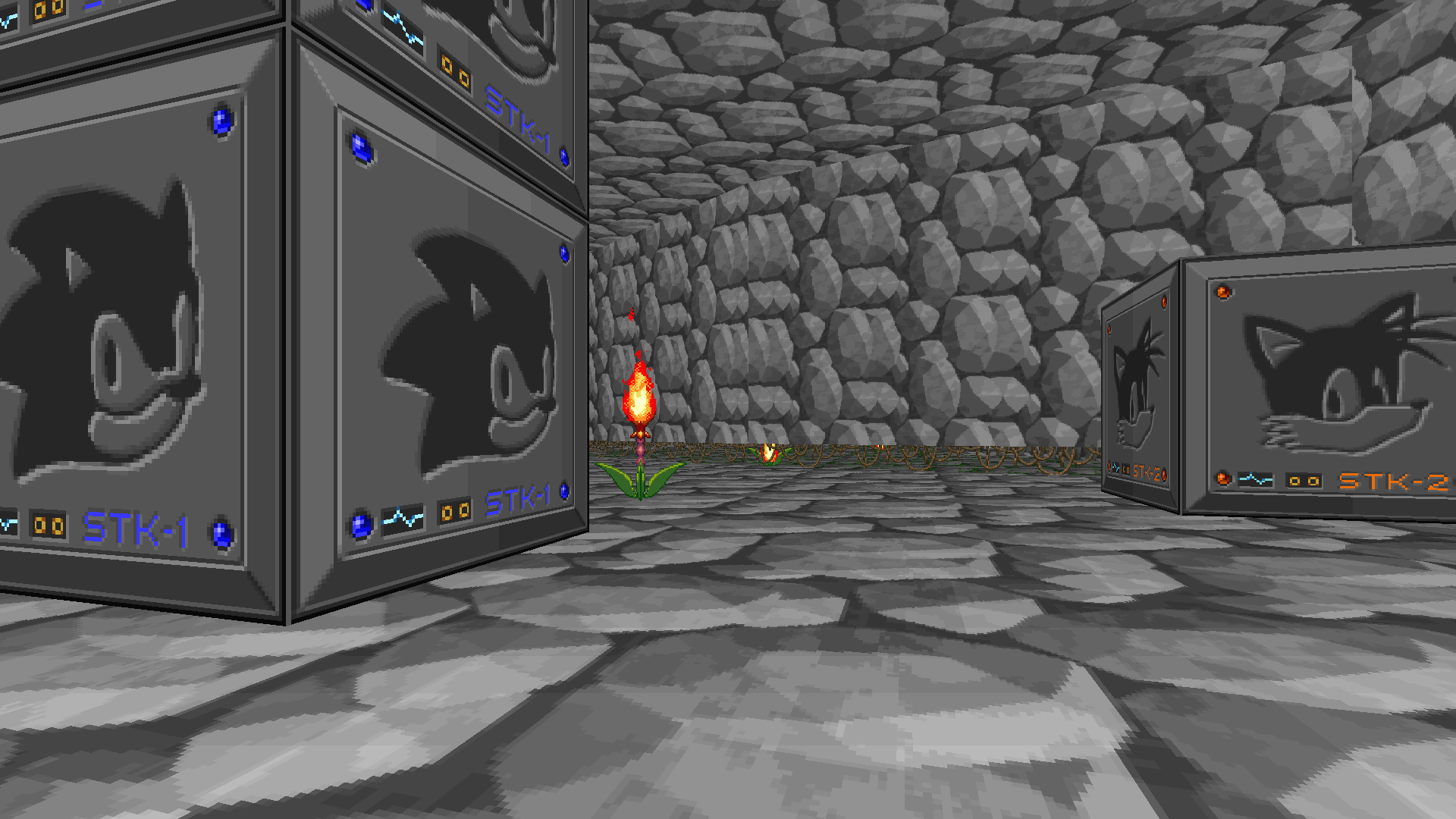 Why is it moving? It looks strange, because such mechanisms should be at the end of the pack.

This level is much shorter than the first, which is very strange. Both levels are flat, slightly wide and empty. There is also little play with shadows on the levels.

This level looks good. I haven’t seen anyone make a custom boss from CEZ3 yet. It looks good.

This level is even smaller and I really didn't like the acid moment. If you fall into it, then you survive, but constantly take damage. It was terrible.

This level is arguably the best in the pack. He plays well enough even despite the shortcomings.

As you said yourself, this is a work in progress. And I do not know why this is in the pack. These are just unfinished levels.

Why can I breathe here? 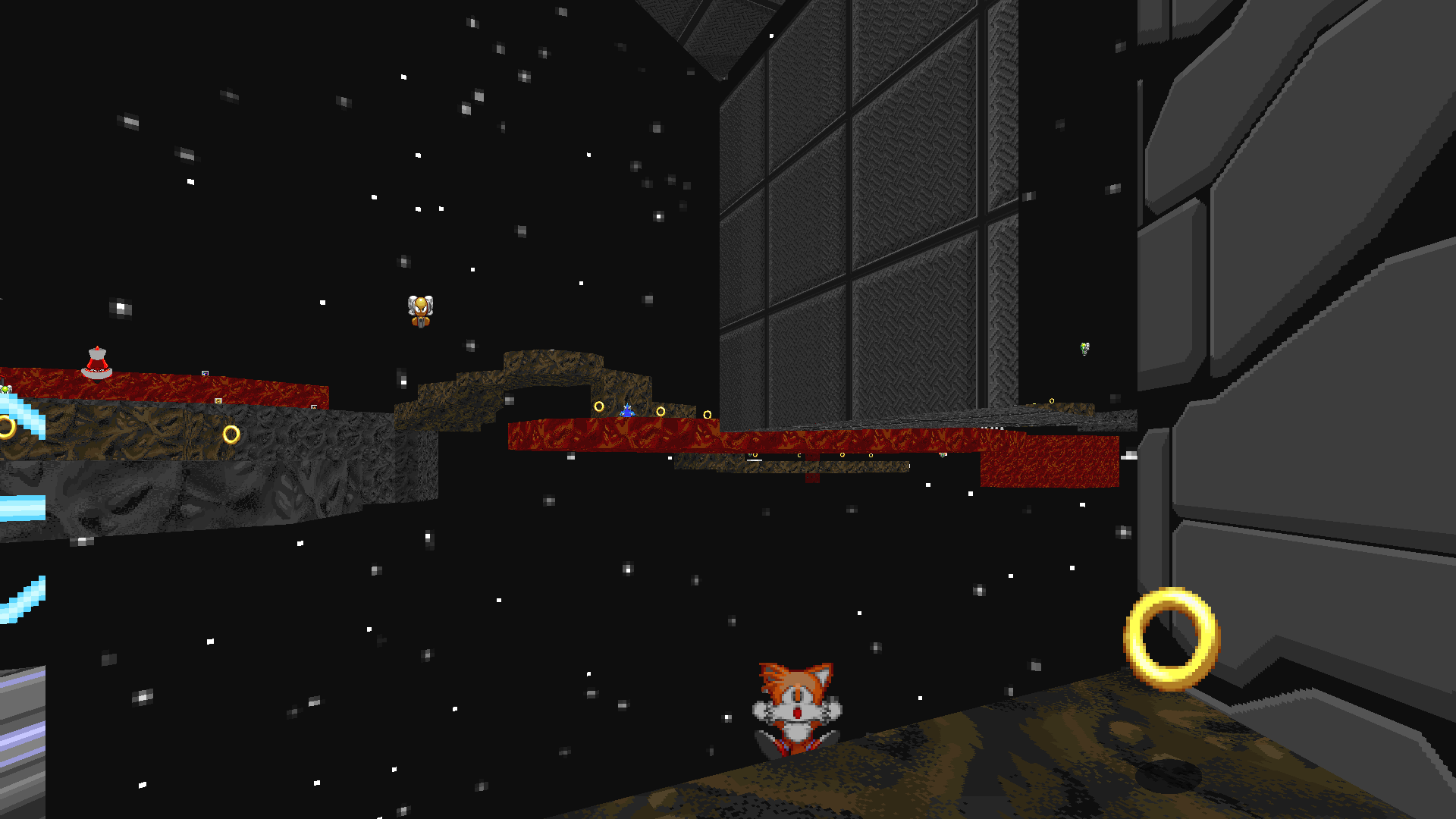 These two zones look like ERZ. And that's bad. These two levels just look very small. And there is also a strange moment - in one area you are suffocating, although you are indoors. And there is a section where you are in space and everything is fine with you. What?

I will skip the third act because this is a standard fight with Metal Sonic.

And the fourth... the fourth? I dont know. In general, this is the level with the Black Eggman battle. Well... that was bad. There are no objects on the level behind which you can hide from homing attacks. I was unable to pass this level.

I noticed that you are working on some points at your levels, and some, the same moments, not. This is weird and bad.

For example, you have a pit effect here. 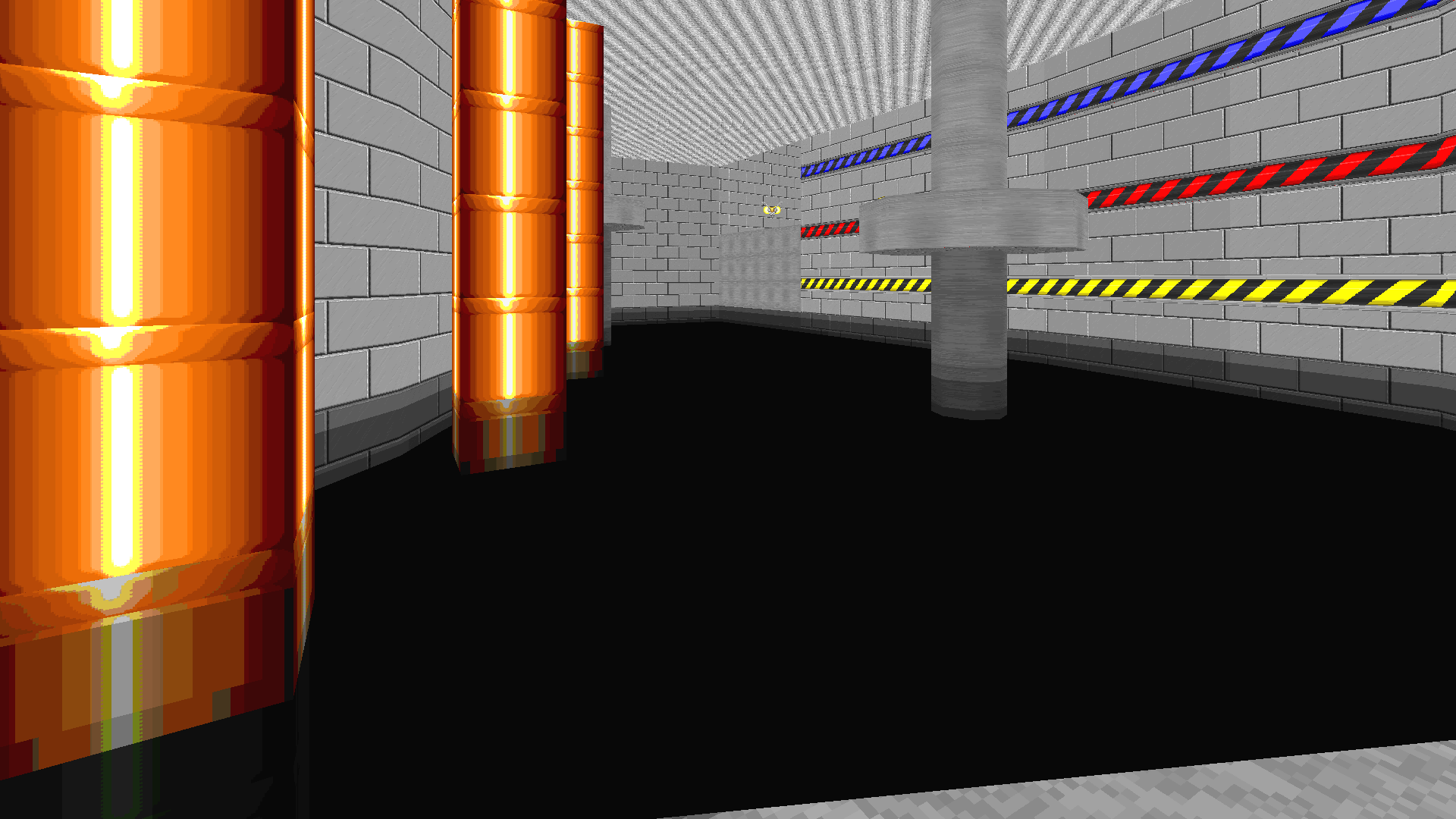 But, nowhere else. There is no such effect at any level. It is very strange. Here is a screenshot from the same level. 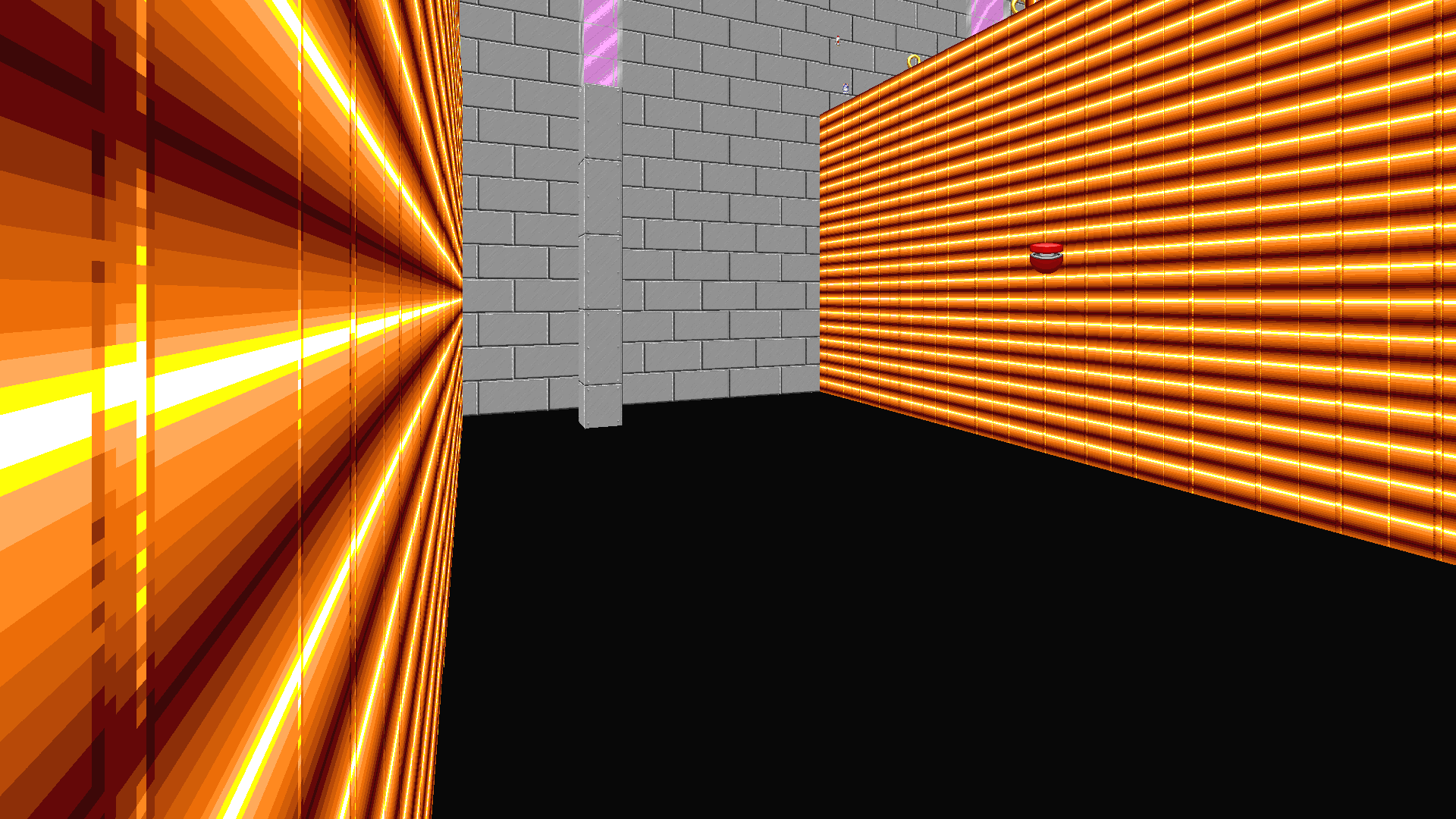 You can make levels if you try. You are good at architecture. I think you were just ... too lazy? I don't know. Anyway, I want to wish you good luck!

can you PLEASE remove the CEZ boss, or re-arange the floor, i keep dying tp the stupid floor because it keeps fucking blocking m when im tryna move, please remove and replace to boss, or make the floor flat.

very thanks for the feedback, i'll release a patch, when im done fighting bugs!

patch 1.3.2
fixed most of the bugs that was shown earlier.
i hope this will make the play experience better

quick patch 1.3.3
woz boss is now lower so knux can hit him
B

What's the music used in the mod?

music is from various sources

This level pack is simple enough but a pleasure to play. I will not say that this is very cool, but I will not call it bad either. The only thing I want to say is that I wish there were fewer mistakes.

Rominepack is my second level pack that i've ever made.
I'm still planning to release the last update - 1.4
If you really enjoyed playing this level pack, comment your thoughts!
This pack features:
Rain Forest Zone
Chemical Factory Zone
Glacial Winter Zone (in 1.4)
Space Base Zone
Music is taken from various sources.

Read the rest of this update entry...
You must log in or register to reply here.