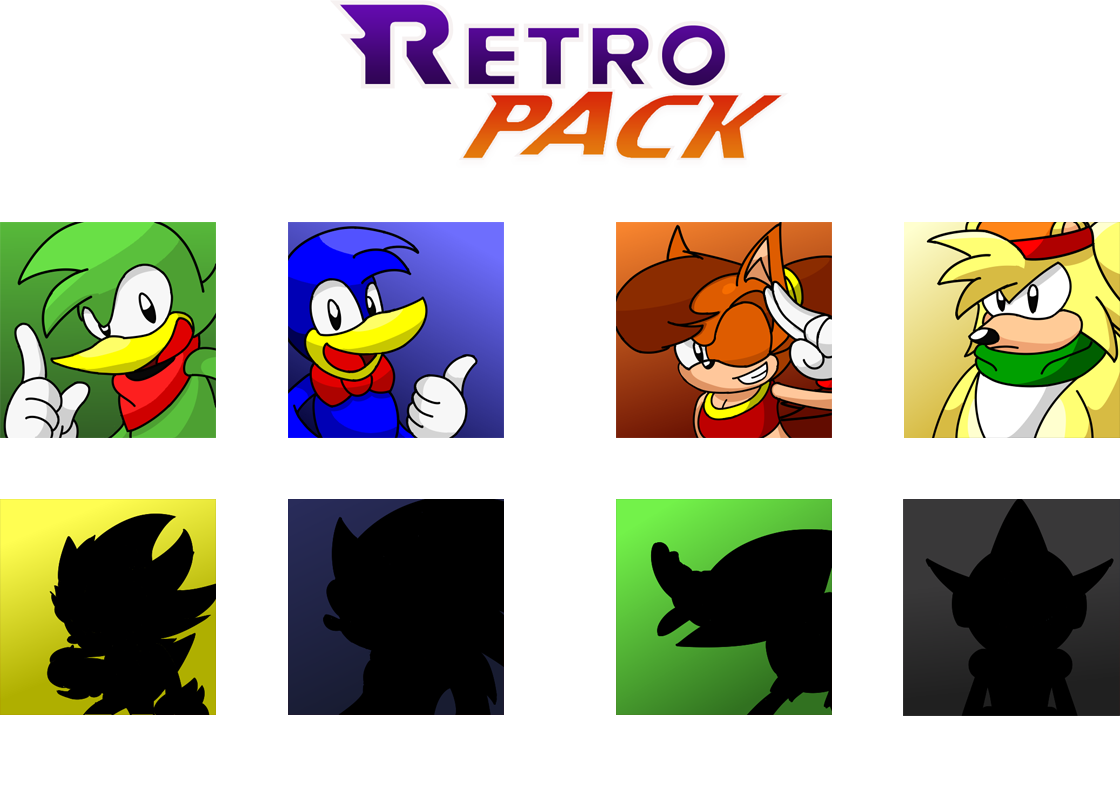 This deranged member of Team Hooligan finally joins the race.
While having the same weight class as Knuckles, due to being hyperactive lunatic, Bean is alot faster than the Rad Red

The Real OG Dynamite Duck joins the race to blow up the competition.​
Just like his son, Bean, He's in the same weight class as Knuckles. However, he doesn't obtain the same speed as him. He instead rivals Bean's speed with his great acceleration​
Weight: 5/Speed: 3​
Default Color: Blueberry
Voice Line Origins: Max from Sam & Max: Saves the World
Prefix: RBIN​

This spunky manx is ready to burn some rubber and take first.​
Not only does Tiara have the attitude to match Sonic, but she also got the speed that might give the blue blur a run for his rings. Tiara is also slightly heavier than Sonic. So she won't go flying as far as Sonic when bumped.​
Weight: 3/Speed: 8​
Default Color: Rosewood
Voice Line Origins: Asuka Kazama from Street Fighter X Tekken
Prefix: RTIA​
Bark The Polar Bear​

The heavy muscle of Team Hooligan is ready to knock out the competition.​
While being slightly slow, This polar bear is not to be messed with. Thanks to his super heavy weight, he'll knock the other racers clean off the track. Not only he's all Bark, but he's certainly all bite too.​
Weight: 9/Speed: 4​
Default Color: Gold
Voice Line Origins: Fahkumram from Tekken 7
Prefix: RBAR​
Changelog:


Version 1.2
Bark The Polar Bear Released.
Made the voice lines for Bean, Bin, and Tiara louder, due to them being a bit quiet
Special Thanks:

It took 2 years, but the promise is finally fulfilled. Hopefully the others won't take as long.
Last edited: Jun 15, 2020

It's nice to see Bean in here.

We need a Vapid Eco from GTA 3 please

Version 1.2 is out. New racer, Bark The Polar Bear joins the roster

and i tought people forgot about the original dynamite dux

Can I borrow this?

did you by chance use my unfinished tiara as reference for your tiara? the sprites are eerily similar

I used other characters like Amy's sprites and the very few official art of her as references when drawing Tiara, I don't remember using another Tiara sprite.


123456789 said:
Can I borrow the head sprite and character select icon for bean and bark
Click to expand...

Sure man. As long as you credit.
You must log in or register to reply here.
Share:
Link
Top