New update is now out! which has 2 new maps! 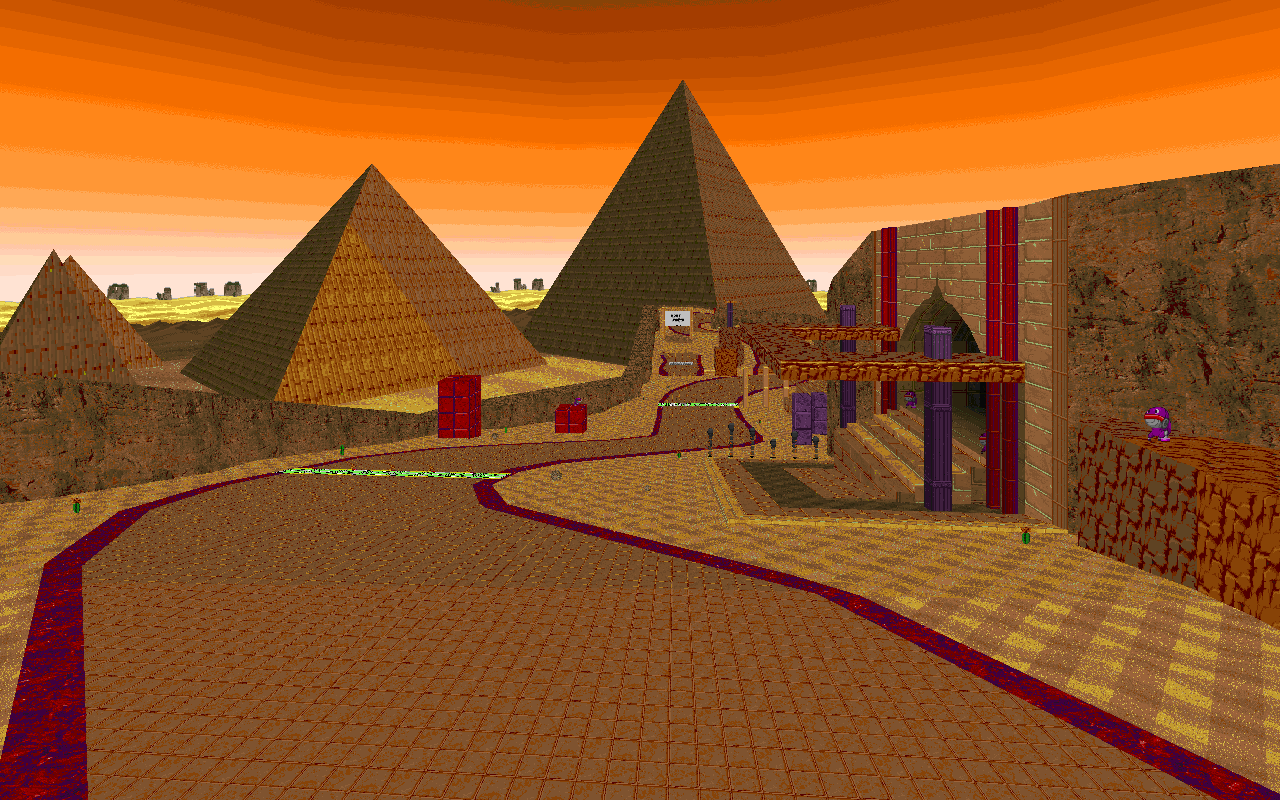 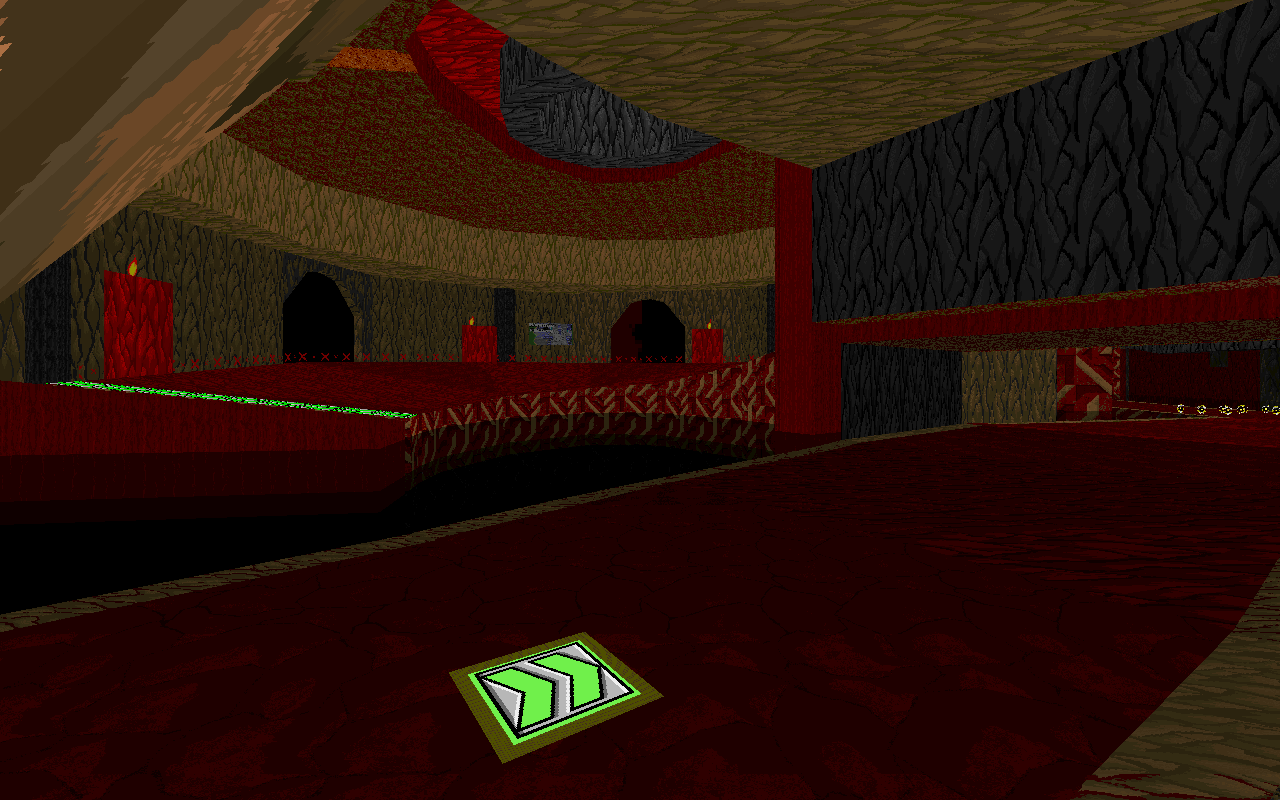 Another update, Just some tiny things

Apologies for any inconveniences : (

Finally! I have completed 10 maps [2 cups] so now this is out of beta! 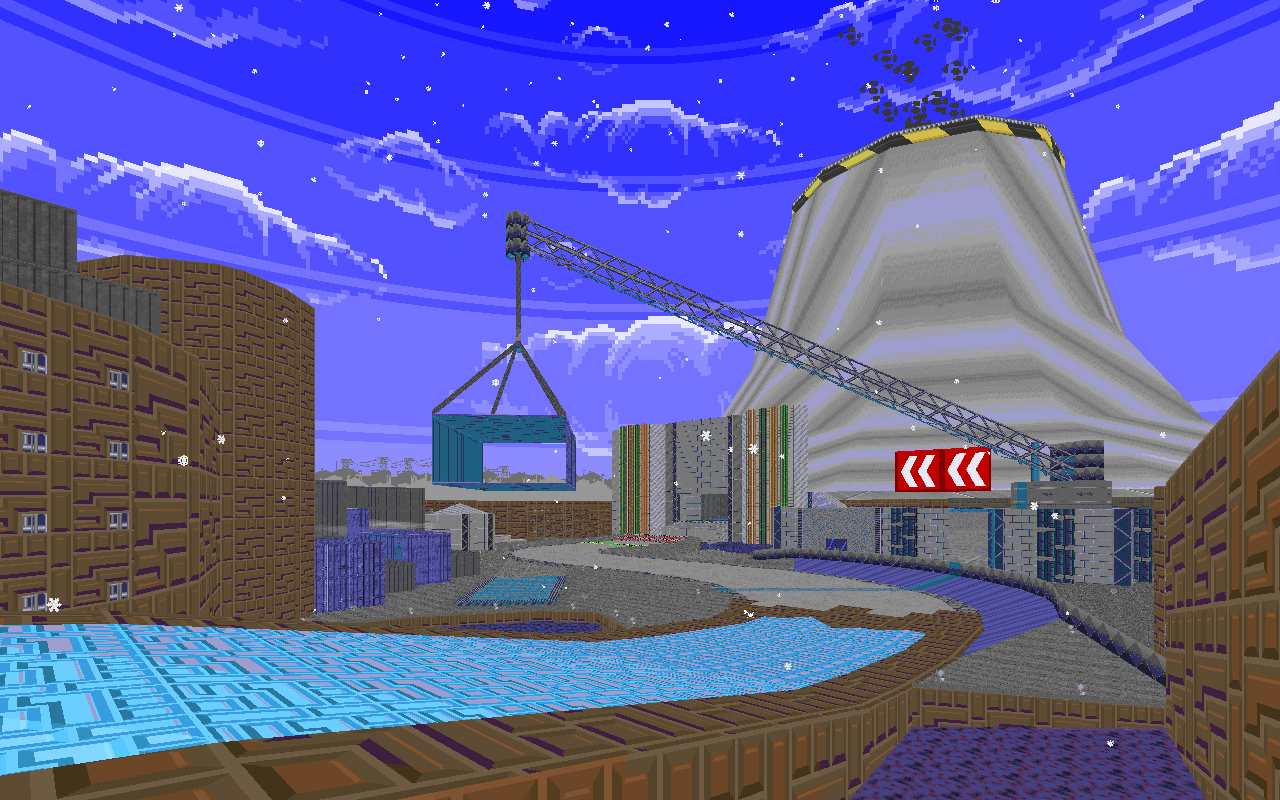 I like the look of all of your levels but I think this one may just be my favorite concept for one. Will definitely check it out when I can a̶n̶d̶ ̶h̶o̶p̶e̶f̶u̶l̶l̶y̶ ̶m̶y̶ ̶f̶r̶a̶m̶e̶s̶ ̶d̶o̶n̶'̶t̶ ̶c̶r̶o̶a̶k̶

nothing major, just QOL stuff and lake classic is now in the pack

New update which has lots of tweaks and a good looking azure. Read Changelog for more 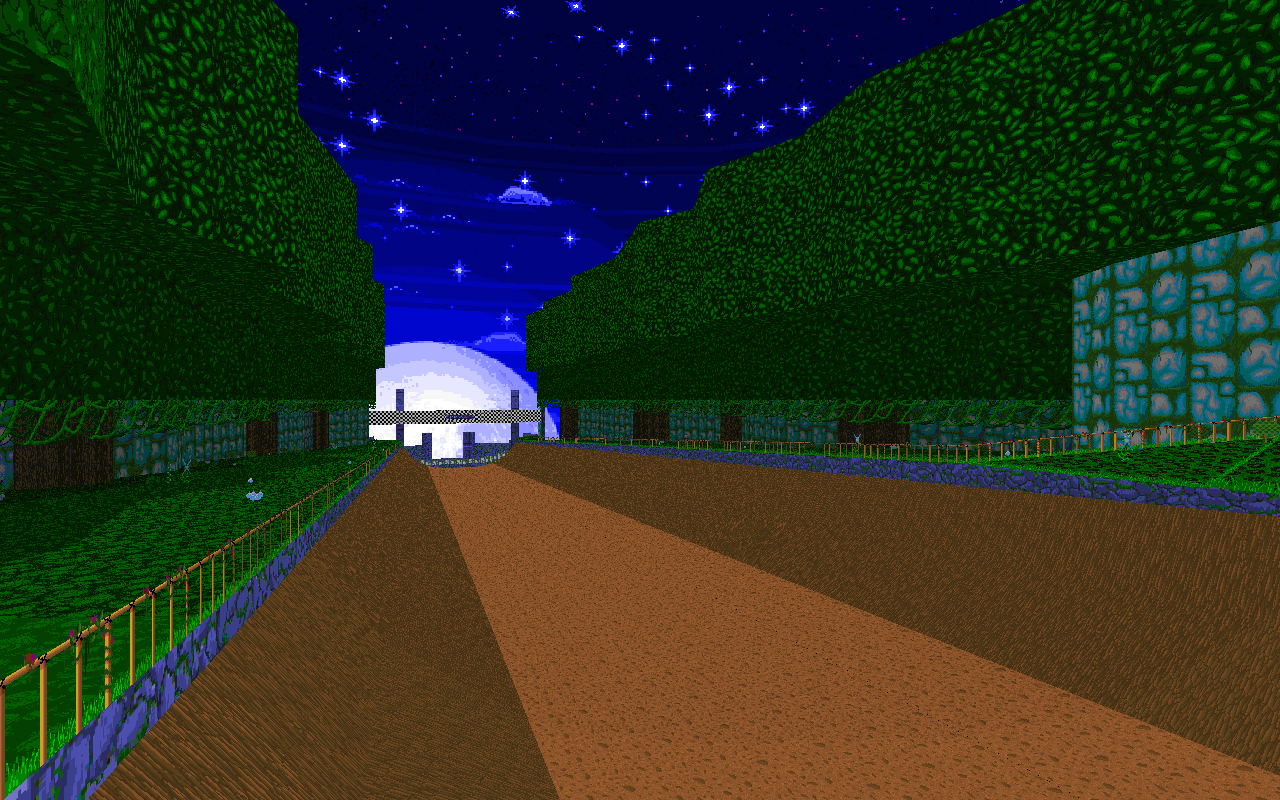 With Shrink meta-relevant again, you should definitely know that this part of Hazardous Caverns is incompatible with the item in effect on Normal Speed!

SeasideDoe said:
With Shrink meta-relevant again, you should definitely know that this part of Hazardous Caverns is incompatible with the item in effect on Normal Speed!
Click to expand...

Fixed in latest update... which is now! Check OP for Download

Heh, I see my repeated attempts at the jump was the catalyst for the update X)


It is worth noting I could make it while not being an idiot and just going straight so I wouldn't suffer from the speed loss while drifting, but still a good fix.


Since I'm already here, some feedback:


Umbrella Rushwinds is a personal favourite track. Cool ambience, one of the few courses that uses push effects. Only minor complaint is that the grass cut before the big drop spits you out at an awkward angle, but I suppose that's just a minor balance 'feature' so it isn't too strong.


Verdant is a solid track, if a little unremarkable, but I suppose that's just part of its purposeful design, to be the 'vanilla' course. I feel like the spiral at the end should have the rock tower removed and be an empty space (or something transparent) with a guardrail so you can see dropped items ahead of the tight curve a little better. If it wasn't so close to the end of the track it wouldn't be an issue, but you're heavily incentivized to go for a rainbow and eating a loose item at the end when you're charging is a Feels Bad Man moment.


Autumn Ring is a nice tech course with some good catch-up cuts, as well as being visually pleasant. I do wish you'd just wall up the old end of course cut; there's gaps in the signage that look big enough for a kart, and other tracks that use those same signs can be driven through. I known it caught me off guard the first time I played the updated track all those months ago. Also, the offroad path beside the hollowed out log(?) near the start is way too jank and leads to annoying respawns when I forget how useless it is (seen in the preview image of the OP). I'd say either remove the jump entirely so players can boost out of it with the panel, or put springs at the end so they have some control over where they land (personally, I prefer springs since it would make it somewhat worthwhile with trick mod).


Sky Babylon is a solid map, although that opening spiral being somewhat oblong is kinda a noob trap. It's also not very smooth in its gradient; I'm not sure if this is meant to be 'faithful' to the original in some way or something else, but it's somewhat annoying to deal with and I don't feel it adds much besides a 'gotcha' when your drift briefly disconnects from the floor if you're going too fast. The shoe jump having a yellow spring at the end of it makes it feel somewhat weak (without trick mod enabled, at least). I haven't made a real effort to test it out, but I feel that just boosting over the offroad on the V-turn and using the boost pads mid be better overall.


Asure Paradise is a personal favourite track. The latest changes have been pretty much positive, especially changing the U-turn offroad before entering the underwater section to be a hill instead of a pit.


Roasted Ruins is another favourite, and a great Wipezones track to boot. Can't say I'm a fan of the change to the first cut; even if you do it well a single shoe doesn't cut it with Knuckles on Normal speed, and I'm sure I'm going to hit that Fuck You pillar at the end by taking the ending turn back to track too tight and become phenomenally annoyed. If it's too powerful in its old form, I'd suggest just moving it a bit further along the u-turn and drop the annoying wall; less time saved and it wouldn't give the taker an easy line to the boost pad. The gap at the end is also great for style but worthless for any amount of time being saved, it feels like a swag cut and nothing more. At least put a boost or zipper at the end of it to justify taking the risk and using the shoe there instead of just saving it for something actually impactful.


Panic City is a cool track, but that jump to the raised road section is super jank and doesn't work under certain speed condition (such as firmsneakers overshooting it). The ending where it sort of spits you out is also weird and feels inconsistent; I think red springs on it would give further incentive to make use of it instead of just boosting along the much safer grass below.


Molten Manor is a cool and fun track. You can do a nifty pair of what I think are unintended jumps at the end, resulting in this: https://cdn.discordapp.com/attachments/662787470160691232/742636668003156018/kart0001.gif
It's not particularly useful with single shoe, and going off the outcropping to the left just shoots you straight into the lava as if it's a downwards slope. I feel like adding some of those floating boost rings would make for a cool ending swagcut.


Toxic Tundra is another great course and a tough but fun Wipezone circuit. The jump up to the raised path off the turn signs is cool but tends to lose more time than it's worth. Having a zipper (instead of the boost panel) up there to immediately spit you back out to the track would be nice.


Hazardous Caverns is just a fun track, but I do find it's a Boom Or Bust one that's easy to get tilted on and then die to the pit constantly. Really nice flow to the jumps and corners on many areas.


Lake Magorite is my least favourite of the bunch. Both of the spirals in the three-lap version are blind item traps, and the second has a really chunky layout. Nothing really makes it feel like it stands out besides maybe the tunnel jump cut, which is somewhat awkward and often leads to a lot of wall bonking. Of all the tracks, this is also the only one with a really mediocre song; almost every other has a great beat or has a nice chill feeling to it, but Lake's is just... yech.


Looking forward to seeing what you do next!

Thanks for all that feedback! I really appreciate it. I'll see what I can do to improve and use some of the suggestions as a basis of what to add/ remove.

I really like Sky Babylon and I would love to see more details like the enemies seen in Rush Adventure and maybe an easter egg of the Ghost Condor.

This happened during a tournament earlier on
https://imgur.com/NJEsuFZ

Yikes thats just.... really bad timing LOL, still i can get that sorted so it wont happen again.

The person in the tournament playing the game after witnessing that glitch occur:

Everyone at the tournament after seeing said glitch:

Don't worry, A new version will be coming soon with 3 new maps so sit tight

As promised, here are those 3 new maps. Do they look familiar? Cos they are SRB2 2.0 Circuit maps! The main goal for these ports are to keep the layout as close to the original as much as possible with out sacrificing too many layout changes. 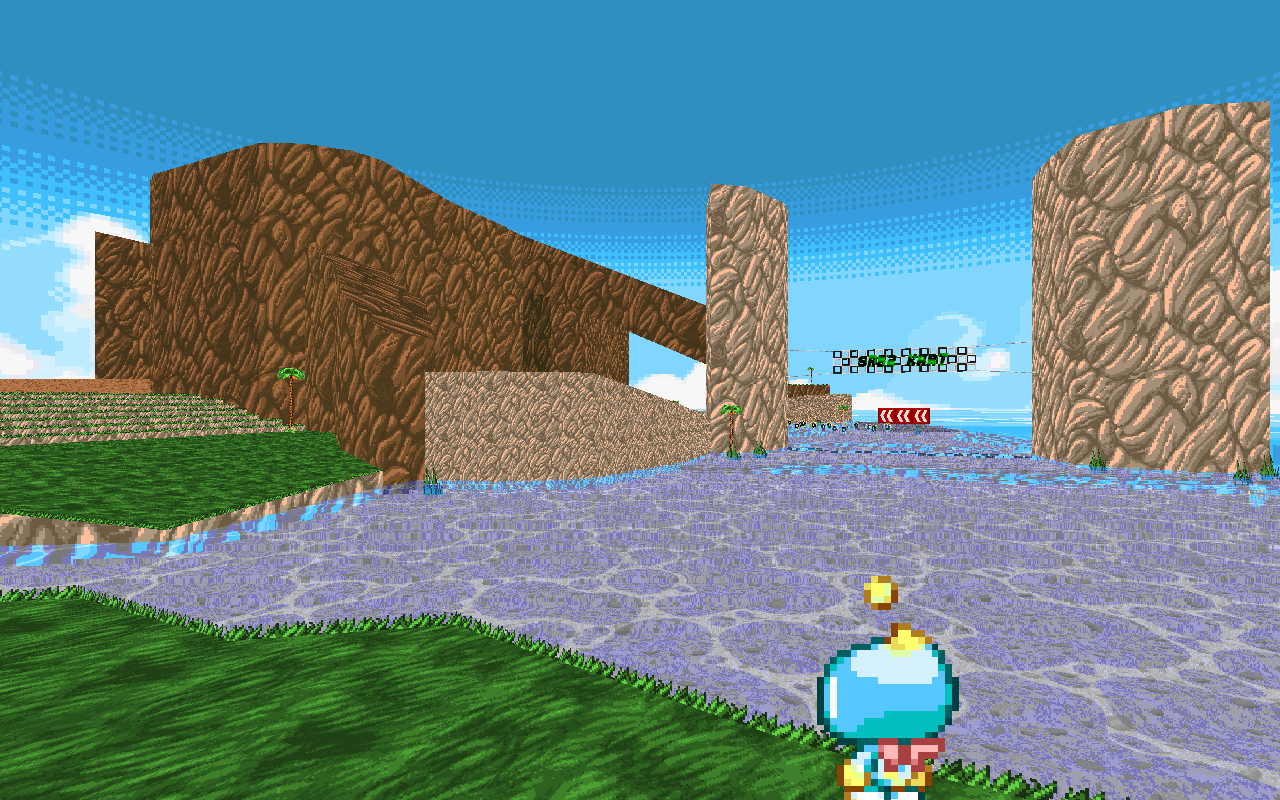 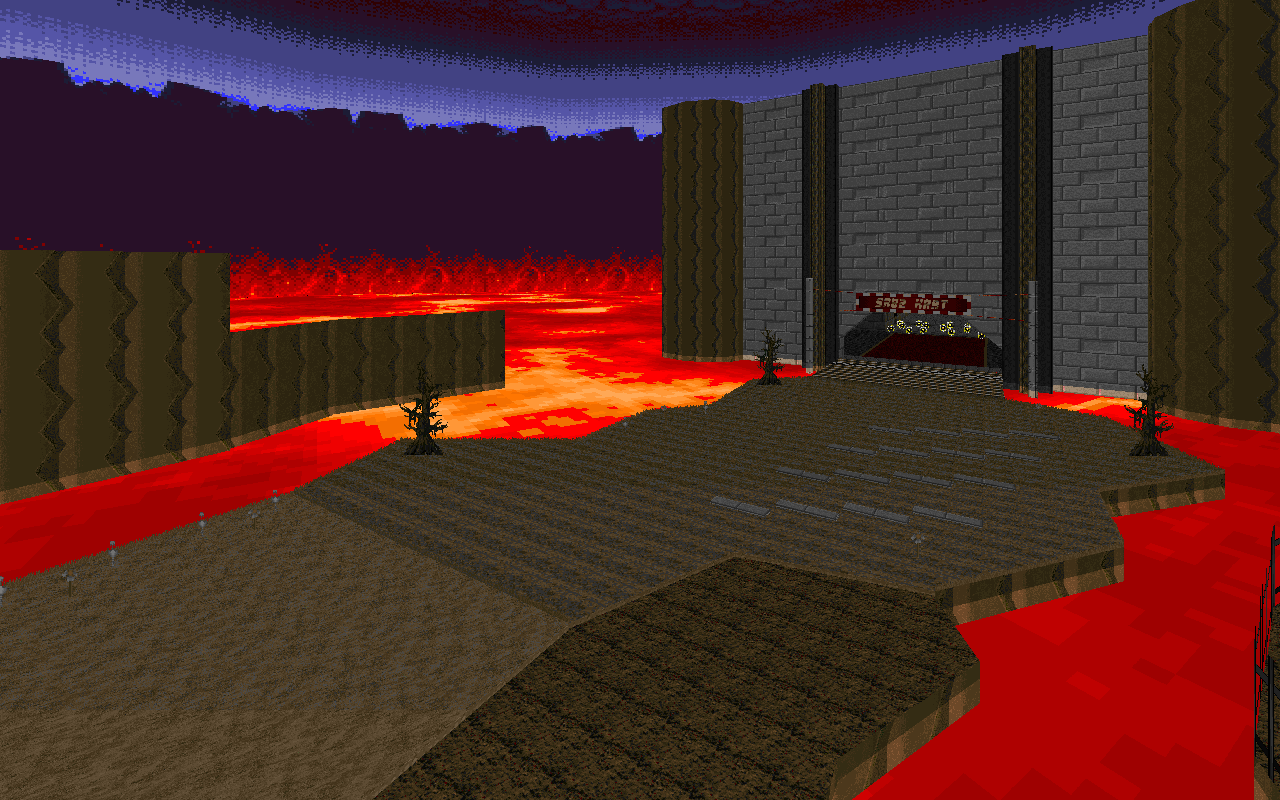 As of Kart version 1.4 and onwards the music for Lake Magorite 2 is broken


This is most likely due to the fact that patch.kart (where the music for the track was called from) was merged with maps.kart in 1.4 and the file structure was altered slightly along with it
You must log in or register to reply here.