Overview Discussion
This thread contains content that may be reused, modified, or ported by anyone.

...Okay, I'll be a little more descriptive than that.

​
[M A R I A] is a Psychic/Water moving statue thing, apparently based on that one edgy guy's stepsister or whomever. Who built it? Why does it has psychic and water based powers? Heck if I know, but the weirdness does not end there. She has two abilities, and both need charging.

Waterfall is [M A R I A]'s jump. Not her jump ability, but the jump all onto itself. To jump, you must Hold and Release. However, you can jump incredibly high off of the ground, and you can even charge and release while in midair! In the air, you don't launch as high, but with enough airtime, you can charge and jump wide distances. By tapping the jump button as you move, you will short hop and thrust forwards in a manner similar to a thok. You can build speed this pretty quickly, but then you're not charging up a jump, so be careful!

Psycho Cut has [M A R I A] fire an odd series of psychic "blades" by holding and releasing Spin. These "blades" will go right through walls and other solid objects, damaging enemies without stopping. The more you charge, the larger projectiles become, and the more you fire at once. They can even destroy monitors! The speed of these blades scale with your current movement speed, so you can "throw" your blades a considerable distance with enough of a running start. However, you are unable to use manually activated shield abilities, and a 0 charge Psycho Cut does nothing. As of v1.1, they can destroy spikes.

In addition to these moves, she also has other properties. [M A R I A] doesn't spin when she jumps, so she cannot jump into enemies, but her weight as a statue means she can defeat enemies by landing on them. She also has boost mode, which may seem silly, but honestly, boost mode should just be a default game feature for everyone at this point. Finally, all of her VFX change color with her, and her default color is a custom color based on the source of inspiration for this mod, so other characters can use it if they wish.

I hope you enjoy this less conventional take on control for a character! I'll probably update the mod eventually, since there's still a few things I eed to get to, but give her a download! You may just [E N J O Y Y O U R S E L F]

Judge
This is really an interesting character to play around with. By the time I got to Techno Hill, I was rolling through the stages and was playing like a champ. Deep Sea really hits different with the Waterfall ability and the ability to be able to destroy those mines further up on each route. Welcome to releases!

Ha-ha funny aside, this is actually pretty cool??? Can't play much at the moment but something about skipping around for a bit of extra speed, charging missing texture blades and jumping in the air's kinda fun.

Okay, I have to say that having a character who needs to charge for use moves adds an additional spice to the gameplay.
I also like that a ignored character from years is getting a bit of recognition (even if is a statue)

I don't really understand why I have such an offset. 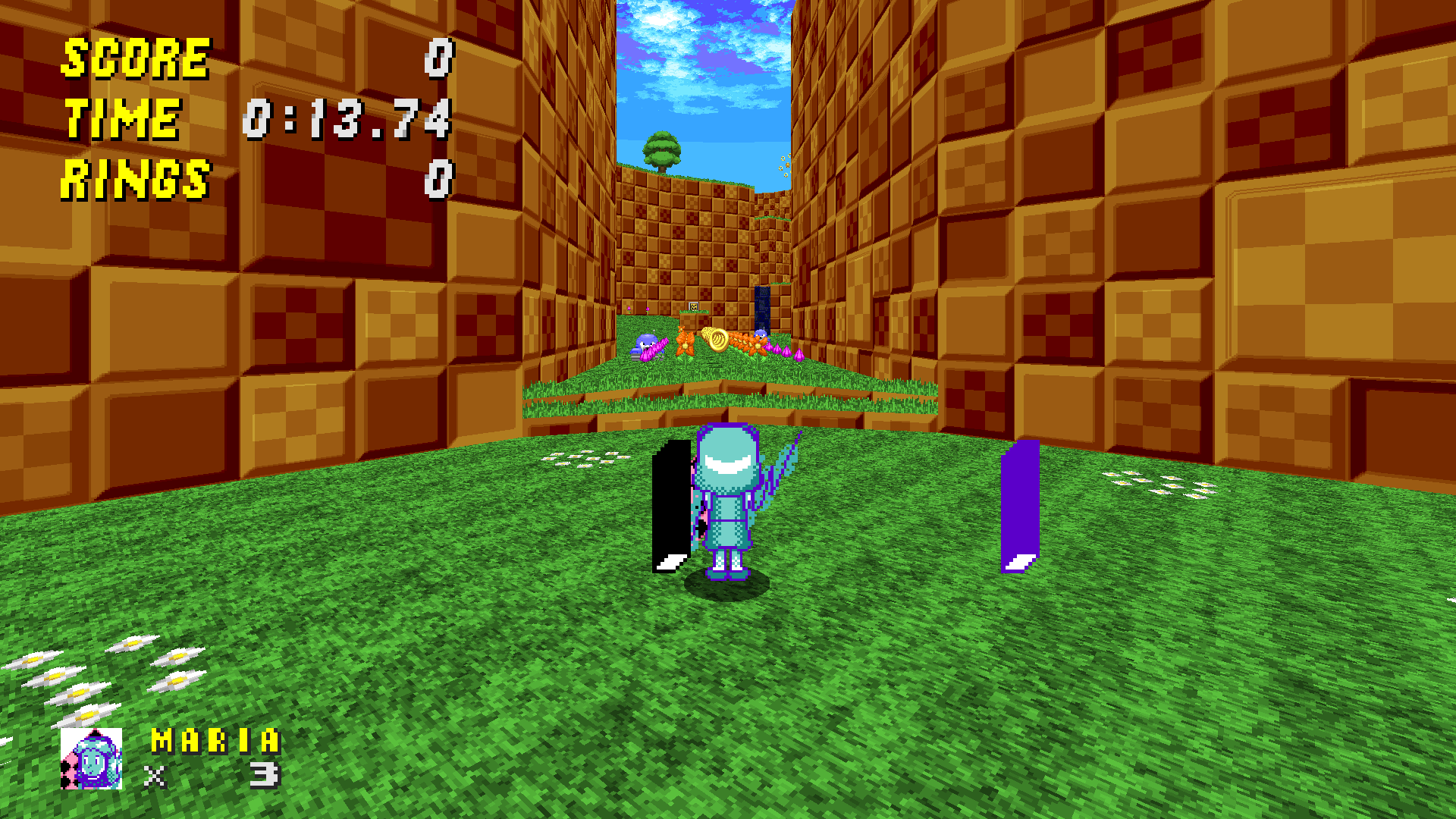 Well, I liked the character. It is quite interesting and unique. I love his special jumping ability. Also, if you are experienced, you can float endlessly in the air. I don’t know if this was intentional.

I really like that you worked on the sprites. It looks cute!

I hate this place in the vanilla game. If the character cannot spindesh or destroy the floor, then you are stuck. 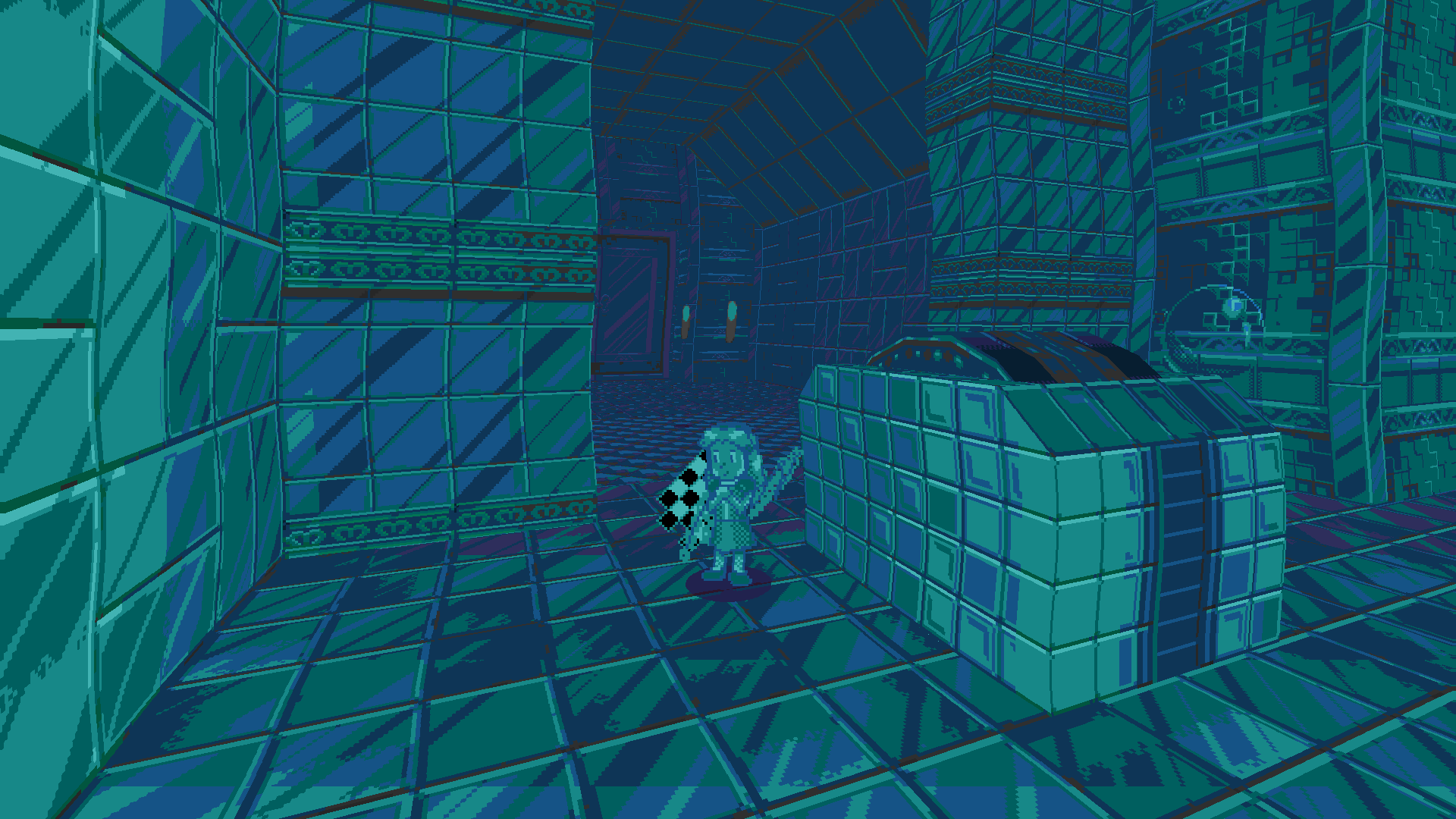 no more basic now only meme

Wow a genuinely great character that doesn't have a bagillion walking sprites, yeah I like it.

Lemmie get one thing out of the way first. Man, you knocked it out of the park with those visual effects and sprites! They're both ａｅｓｔｈｅｔｉｃ & adorable, and that graphic behind her is stylish- and small enough to not get in the way! I lowkey want to see it used in Pets/Followers mod or have a console command to put it on any character...

She's really quite different from the rest of the cast, vanilla or otherwise. Her Waterfall jump and Psycho Cut are unique (and again, I love the visual flair) and take some time to get used to, but when you get her controls down she plays amazingly fun! Sadly, there are roadblocks I can't get past, like that pesky DSZ spindash wheel, but typically a restart lets me go a new path that really varies from the last. Also kinda sad no Psycho Cut projectiles go downwards when fully charged, but that just means I gotta get better at aiming, aha! IMO She also plays a hundred times better with keyboard & mouse, compared to my usual DS4 controller.

Also getting the offset issue yfyfyfyfyfy got, turns out it happens with too wide a screen res like 1080p- dipping back to a green resolution fixes it.

Anyways, have some obligatory music to play ＭＡＲＩＡ to.
Last edited: Jan 9, 2021

Moderator
Kart Krew™️
Judge
Version 1.1 is now available! Psycho Cut will now destroy spikes. Her abilities can now function if she's in her pain frames, as long as she's not actually being hurt. This means you can jump out of waterslides, but I haven't checked if there are other situations where she shouldn't be doing this. There's also splitscreen support for the HUD, and closed captioning for all her sounds!

How you described her/ the move names make me think of Pokémon. A lot.

Well done, honestly this is a great character, and the moves have a really unique concept.
Psycho Cut and Waterfall feel satisfying to pull off and they make you keep you on your toes whenever you need to charge them up again. Black Core Zone 1 with Maria was a blast, too.
The sprites' aesthetics are simple, but detailed, especially the pain sprites which have that zig-zag effect. I also think the idea of including some of Maria's voiceclips would be good considering it would make her a bit more recognizable.
Though, one more thing, since she's supposed to be a statue I was thinking she could have some sort of 'weight', or 'earthquake' effect, something similar to Milne if she falls for too long. Overall, really great work.
(I listened to the other hidden soundfiles inside the add-on on Slade, and I do not regret it, lmao
''i t ' s y o u r m o v e !'')
Last edited: Jan 9, 2021
I

I'm unclear what this character is based on. Can someone fill me in?

Icy Dragon said:
I'm unclear what this character is based on. Can someone fill me in?
Click to expand...

It's supposed to be Maria Robotnik from Sonic Adventure 2/Shadow the Hedgehog.
And in case you don't understand the pun, ''It's your move'', it's supposed to be a song from Diana Ross, except it's been remixed into a Vaporwave style and turned into a meme.
That's why Maria's a e s t h e t i c s are like that, at least I reckon.
Last edited: Jan 10, 2021
I

It's not possible to get off a rollout rock without being forced off.


PrincessPeachfan2017 said:
It's supposed to be Maria Robotnik from Sonic Adventure 2/Shadow the Hedgehog.
And in case you don't understand the pun, ''It's your move'', it's supposed to be a song from Diana Ross, except it's been remixed into a Vaporwave style and turned into a meme.
That's why Maria's a e s t h e t i c s are like that, at least I reckon.
Click to expand...

Ah ok. I got the SA2 reference but I thought it was something more.

Moderator
Kart Krew™️
Judge
One more update, probably the last fix I need to do for awhile. For Version 1.2, I found the root of the problem as to why your moves fail to work; turns out I ended up making it so every 16th frame you're charging, the script acts as if you have no charge, doing nothing if you released on that frame. Oops. Well, that's fixed now. You can also get off the Rolling Rock, so no more needing to get hurt to buck off of it! (just ignore the text in the GIF, that's just dev stuff) You can't shorthop off it though, so you gotta have at least one pip of charge on your bar. Finally, your charge bars disappear on death.

Unless another major bug crops up, this may be the last update for at least a little while. Maybe I'll enable a way to destroy bustables, even if I'd much rather not. I'll have to think on that. I also wanted to add more sound based functions, and maybe even some support for other mods. Maybe. Again, I'll have to think about it.

did i said that this fits very well with that ahestetic stage Chrispy did a while ago?

Moderator
Kart Krew™️
Judge
Version 2.0 is available! I wasnt expecting to do this one so soon, but since I finally got to actually play it, [M A R I A] has SRB2 Persona support now! Sadly, I had to disable her field abilities on the overworld, but she's still a strange presence on the battlefield. She could be an asset, or a liability, much like lugging around a statue. I think. She also brought her own Persona along! I won't spoil who it is, but when you see them, you know it was the right choice.

[M A R I A] also has Kirby support! And thanks to help from SMS Alfredo, its not just a default Kirby ability, its a custom one! Psycut is a little bit jank (sorry, not too familiar with how Kirby works), but it works! Maybe I'll improve upon it in the future.

And because good things come in threes, we ALSO have CrossMomentum support! Obviously, this was easy. Surely, using [M A R I A] with Xmomentum would be a horrible mistake... right?