Overview Discussion
This pack is meant to give some extra resources for modders to play around with in mapping, more to come when they are made.

The cannon enemies from the Kirby franchise, although more inspired by the various turret enemies from Sonic 3D Blast. They float in the air and come in three flavors: Regular, Delayed, and Spinning.

A very simple statue that explodes into a Hive Elemental when approached, also includes normal statues to help disguise the suspicious ones.

A custom flicky that has a grey ring pop out then explode after a few seconds, inspired by the same ones from Knuckles' Chaotix. 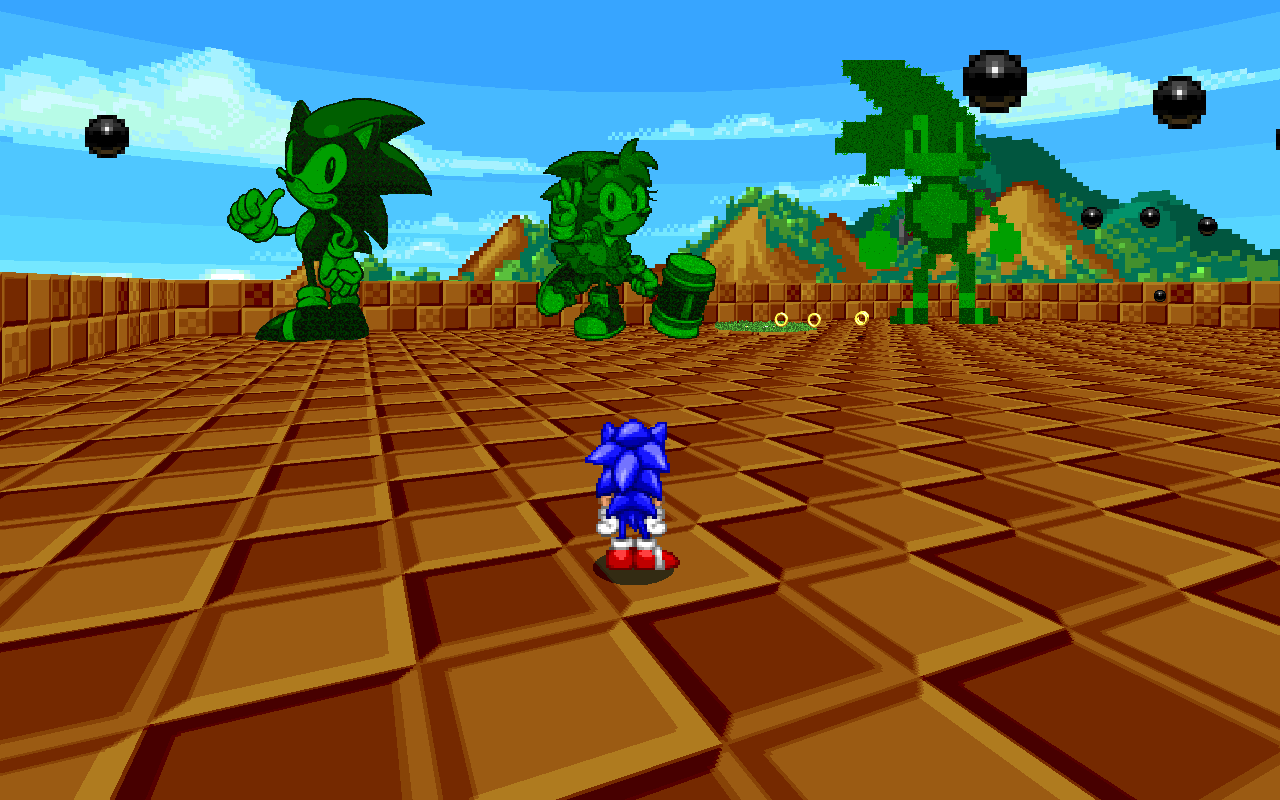 Some useful bushes made out of SRB2 art that could be useful for garden-like levels.

TO USE IF YOUR OWN PROJECT: Just copy and paste the sprite, and soc folders of the pk3 into your own pk3, each add-on is labelled so you may omit what you do not need.


The pack also includes a test map to show off each of the custom objects individually.

Modification of any of these objects for your own purposes is allowed and encouraged.