now we can have team chaotix!
we have a vector and charmy mod on the Game Banana page...
and legacy espio here.

Damianaman said:
now we can have team chaotix!
we have a vector and charmy mod on the Game Banana page...
and legacy espio here.
Click to expand...

And shadow is going to be in the MB soon, so team 2006 can be another team

For some reason, Shadow Android can shoot (or homing bounce) their partners, but this doesn't happend in stuff like BotSkin howover

BlackDragon said:
And shadow is going to be in the MB soon, so team 2006 can be another team
Click to expand...

we also do have shadowRE so its already possible

Okay, this mod it's (First of all) awesome! The possibilities for making teams are amazing and you guys did a wonderful job!

However, i found something strange, it happens that some characters that interacts with bots or the player variable, their abilities doesn't work properly with the "bots" in this mod, for example, Dirk with the Ice platforming and Gemma with the Tera-rizer (hope to not be wrong at spelling); which is strange to me

I assume that the buddy variable it's a "fake bot" and i think that the only way to fix this is adding the compatibility for every addon that interacts with bots or players (well, that will be so... Painful... if i'm right)

Well, i'm a rookie in this thing called lua, so maybe some ideas here are wrong.

But hey! You made real the dream of SRB2 Heroes!

worth the wait i cannot express how happy i am. WE CAN LITERALLY PLAY SRB2 HEROES AGAIN
Last edited: Jan 18, 2021

With this power... the pineapple army shall rise to the top and shall be UNSTOPPABLE 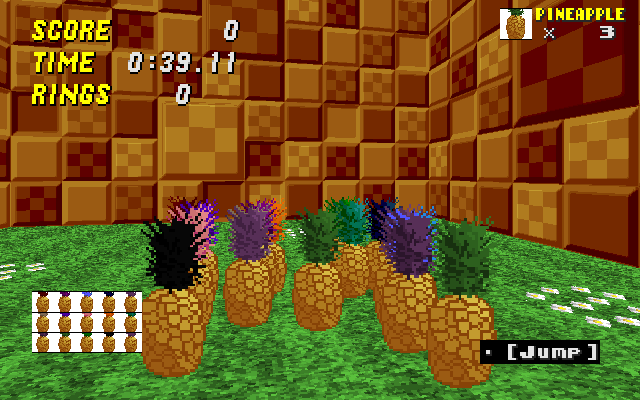 Random furry you will find in your life

nice mod i love it

There's something I'm missing: bots that fight the player, because I need to feel I'm good at match/CTF again. ;)

Noice! Now I can play the SRB2 Sonic Heroes mod the way it was meant to be played.
T

could you add a command called buddy_heroes that changes team sonics movest to be sonic heroes moveset or make another version that has the heroes moveset? idk i just wish we had heroes moveset

I hope this wad would be compatible with the encore mode mod. We are getting closer to srb2 mania every second.
Last edited: Feb 6, 2021

we must definitely get an official port of the Sonic Heroes mappack with this merged, that would be cool, right?

YES!
Dude, omigosh, I have been wanting something like this for actual ages. Some heroes don't wear capes!

is tails cursed or something? Both this and duos have problems with super forms (mainly just Tails for some reason)

Now I think this is alot better then duos (not a jab to the maker btw) but I think suggestion there complies with this.

Also it would be nice if add something like "botsuper" that would be a neat little touch.

Now this next suggestion might not be possible but I think it would be cool to have some compatibility with A.S.S..

So the bots turn super and have a power limit just like A.A.S. and it being in sync with his.

i CaN SeNd YoU tO mInEcRaFt

this is so poggers
You must log in or register to reply here.