Hiya! Welcome to my SEGA Genesis/Mega Drive remake of the SRB2 Soundtrack!

This music pack contains nearly all tracks from the SRB2 soundtrack, all recreated from the ground up, stylized like the Genesis era Sonic Music!

I originally planned on releasing this once every single track was remade, but I ended up releasing it early because I started to fear that someone else would beat me to making a Genesis music pack, soooo-
But don't worry, all songs WILL be remade. This wad WILL be updated.

All songs in this pack were made via LMMS, and most instruments are samples taken from Sonic 1, 2 and 3. Others were done via Genny. (A SEGA Genesis VST Plugin)

I've started making this music pack since version 2.2.0, so I've been working on this for a rather long time. So please, please, don't steal any of the remade songs.
Hope you guys like it!


* Made slight improvements to GFZ1's cover

Judge
As someone who loves Genesis styled tunes, I can proudly say that some of these from the ground up sound really good! My personal favorites being Greenflower Act 2, Arid Canyon Act 2, and Red Volcano. I've heard people using Genny in the past but I really want to look into it more. I mostly stick with Deflemask if I'm messing around with anything Genesis style or using the YM2151 chip. Welcome to releases! I really gotta do a full campaign run with this.


One thing I would suggest is maybe making a Full List of songs that have been covered or modified for reference. Other than that, this is pretty sweet.

This Sounds So good. I enjoyed this soundtrack and my favorite one so far. (Edited)
Last edited: Nov 27, 2020

Thanks for allowing me to help! :3

Sonic Team Junior
On its own it sounds alright, I can go down with it, but good lord it's all squares.

Typically PSG takes a backseat and is only meant as backing or to compliment the FM synth, but here it's outright overpowering it to the point where it sounds like you combined a bunch of Master Systems together to make music.

There's no variety in the instruments at all, making most tracks sound same-ey.

This has more of a Sonic Advance sort of vibe to me rather than Mega Drive. It has a lot of potential but misses on a lot of what what FM synthesis has to offer.

Also I don't think it's necessary to add your own credits to the sound test or that extra lump that's in the file, as it sets the game as modified and keeps you from using it in netgames without modifying the file first or making everyone else have to download it.

Im EXCITED you do not know how much I LIKE THIS

I remember seeing a few sneak peeks of this on the SRB2 Discord; glad to see it all released (or at least what you have so far!) Glad I'm no longer the only one doing a mod remaking 2.2's soundtrack from the ground up in a new style.

That said... I have to agree with VAdaPEGA's criticism of excessive use of squares. I don't know much about technicalities of Genesis music, but the instrumentation choices in some of these covers seem a little haphazard and random. Castle Eggman Act 1 and Arid Canyon Act 2 in particular suffer from odd instrumentation choices; both of those feel somewhat at odds with themselves, and somewhat conflicting in terms of identity, if that makes any sense.

If you don't mind me drawing a comparison to my 8-bit soundtrack mod:


VAdaPEGA said:
Typically PSG takes a backseat and is only meant as backing or to compliment the FM synth, but here it's outright overpowering it to the point where it sounds like you combined a bunch of Master Systems together to make music.
Click to expand...

If I'm understanding this right, this seems analogous to the triangle wave in the NES soundchip. The triangle channel plays a very simple, non-customizable triangle wave with no options for altering its volume and pulse width, only its pitch. For that reason, it's common practice to use the triangle for bass, while the much more versatile pulse channels play the lead and backing instruments. With the VRC6 expansion (which is what my 8-bit covers use), the same largely holds for the sawtooth channel, whose pulse width is not customizable unlike the highly versatile VRC6 pulse channels, which I often use to replicate such things as guitar solos and brass parts. In a similar vein, I think it would improve your covers to relegate the PSG channels a bit more to backing parts.

Putting these criticisms aside, I highly appreciate the hard work that clearly went into this mod and look forward to what's done with the rest of the special stage themes. I'm not sure what my favorite of these covers is; they're generally about equal in quality, and have the same strengths and suffer from the same issues.

Hey, speaking of the Genesis/Mega Drive, does anyone remember Genesis Sonic or whatever that pixelated lil' guy was? Man, I wish someone brings him to 2.2 -w-'

While these do sound pretty decent, I do agree with the point that the the square wave instruments do sound a little overpowering, reducing their volume by a good bit would help make the other parts of the song clearer.

However, I sadly must bring up a point that only crusty old people in their 20s like me and beyond care about.

This is not hardware accurate to the Sega Genesis.

Being kinda a huge nerd when it comes to Sega hardware, I could kinda easily tell that it was Genesis instruments wired up to midi instructions, which does sound way better than the standard midi instruments, but it still has that... "stank" that most Soundfonts have when using recordings of advanced FM waveforms. In order to create truly accurate sounding Sega Genesis chiptune, a good tracker program like DefleMask can be used, though for all I know it's likely other possibly easier to use programs exist that can spit out music that can be ran on the actual Genesis hardware, but who knows. Maybe I'm just being weird.

You can probably simply call this a "Sega Genesis Style" to avoid further confusion like this if you want. I'm sorry for my autistic nitpicking.
S

Good music pack... but i have sf2 file (genesismidi.sf2) i long time not use digital music. thx but no i just have sf2 file;)

A fan of this cool game since the PSP days.

I'd have to agree with everyone on this one. The square waves are way too powerful and overall make the songs sound like they're on the Sega Smash Pack emulator.

Fuck, you beat me to it
this is what I get for getting caught up in SRB2:Persona modding TvT


Btw, please do not do this:

...it comes off as very cheap, not to mention that you didn't even rip it in the first place.
If you're not going to recreate GHZ with your own flair, better off leaving it instead of copying the existing Green Hill Zone by Masato Nakamura that literally everyone knows. There's literally no point in doing that, and it borders on plagiarism.

VAdaPEGA said:
but good lord it's all squares.
Click to expand... 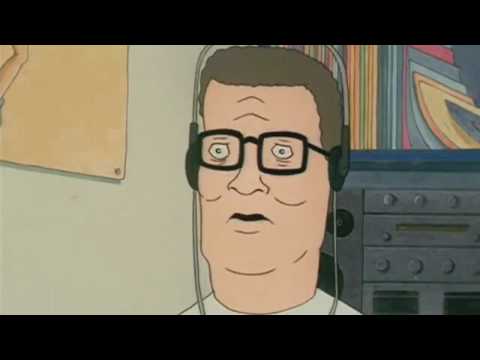 So, without just repeating the sentiments of Vada/etc. in regards to "its all square waves":

Your instrumentation with this pack in general just very much feels like "late 2000s era sonic romhack". Beyond the above, you also pretty much use the same Sonic 1/2 Snare and Ultimate Genesis Electric Bass and Trumpet/Brass (best way I can describe them) for the majority of the tracks in this. Genesis Sonic tracks (especially those of Sonic 3) have a lot more variety in them, with the instrumentation coming together to create an oddly full soundtrack that you wouldn't normally expect of a sega genesis game. By comparison, most of the tracks in this pack are much more "samey", in their instrumentation. I'd suggest taking a more in-depth listen at the songs in e.g. Sonic 3, perhaps even splitting up the sound channels and listening to the songs channel by channel, and then merging them back together to see how they come together.
Last edited: Feb 7, 2021

Rules 12 and 19: We have a section dedicated for mods that you can use to look for the one you want. Don't use unrelated topics to ask for directions.
is there a addon that replaces the special stages with sonic 2 ones?

very pog pack
You must log in or register to reply here.