DOWNLOAD
Overview History Discussion
This thread contains content that may be reused, modified, or ported by anyone.

Jotaro Kujo joins the race!
A powerful Stardust Crusader approaches, more than ready to leave the competition in the dust. Some of the other racers have claimed to see some sort of "spirit" racing along with him. Of course, everyone knows ghosts don't exist! ...what do you mean, "Hyudoro"?

Jotaro Kujo is the main protagonist of the third part of JoJo's Bizarre Adventure, Stardust Crusaders. He reappears with major roles in the fourth and sixth parts (Diamond Is Unbreakable and Stone Ocean respectively) along with a minor role in the fifth part, Golden Wind (or Vento Aureo). He has a spirit-like being - a Stand - named Star Platinum, which can stop time.

"Jotaro for #SRB2Kart when"
-the official Kart Krew twitter
I've been planning to make Jotaro ever since I saw that tweet, and MekaDeka's DIO mod (which you should really check out by the way) was what finally pushed me to actually get to it. Axel Gear was mainly a test of asymmetry, and I wanted to make sure I knew how to do it before I finalized Jotaro's files. But here we are!
Voice clips are taken from Eyes of Heaven.

I hope you enjoy using Jotaro in your racing experience!
This is the last mod for a while, I promise!

Update 22/11/19
Much-needed sprite tweaks. Jotaro's face now looks better at some angles, the Signpost and Wanted sprites look better, and he now has his dumb tire-shoulders from part 3.
The screenshots have been updated to reflect the new changes. 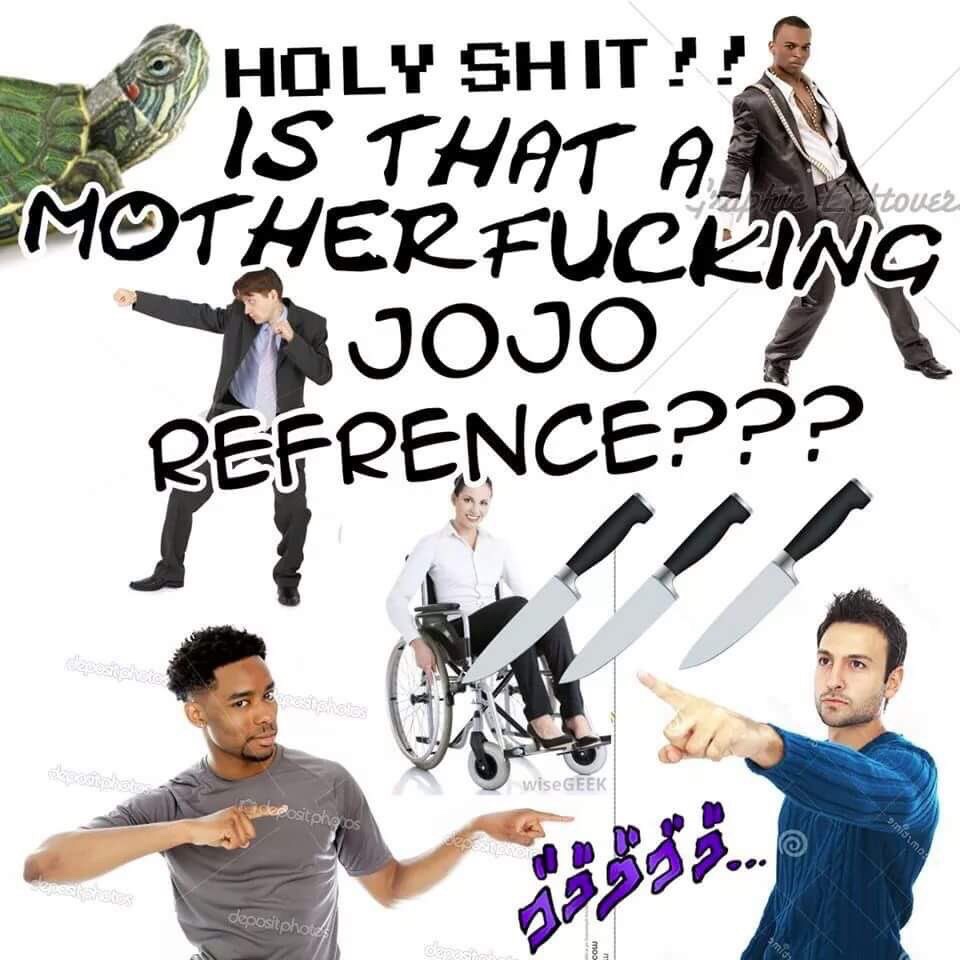 Update 22/11/2019
Much-needed sprite tweaks. Jotaro's face now looks better at some angles, the Signpost and Wanted sprites look better, and he now has his dumb tire-shoulders from part 3.
The screenshots have been updated to reflect the new changes.

The Guy That Meme

i'm waiting for the day that someone is mad enough to make Giorno Giovanna driving a Piano!

I apologize, but is this an allusion to the popular anime/manga series JoJo's Bizarre Adventure? More specifically, the third part, Stardust Crusaders?
You must log in or register to reply here.