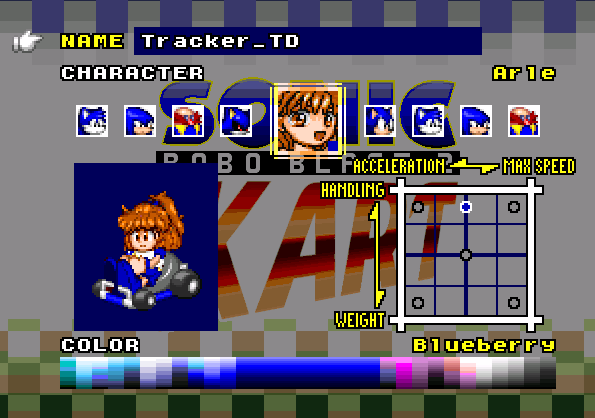 Speeding in from Puyo Puyo, Arle Nadja makes her long awaited debut on the starting grid! Her appearance in this wad is based on the Compile Puyo Puyo titles (Puyo Puyo - Puyo Pop GBA), rather than the modern SEGA design. Her voice clips come from Waku Puyo Dungeon and Puyo Puyo~n. This means she fits in pretty well with the Carbuncle mod!

Let me know if you run into any bugs and I'll try and get them fixed.

A huge thanks to TiniestTurtles for helping massively with V1.4 of the mod!

With thanks to Will (@sonicforces on Twitter) for helping with testing.

V1.4
- Arle now has a custom MD2 for OpenGL mode, courtesy of TiniestTurtles! TT took my shoddy attempt at a model and made something incredible!
- TiniestTurtles also noticed some of Arle's sprite frames weren't consistent with other characters (particularly in the tire shine department), so that's been fixed along with some other sprite tweaks here and there.
V1.3
- Arle is now a .pk3 file.
- Her sound effects have changed names to avoid conflicts with the Bonus Characters SEGA Arle.
V1.2
-Fixed Arle's H5 frame so it doesn't bob her head weirdly anymore.

Arle is now available as a .pk3 file! I've changed the name of her sound effects to avoid conflicts with the new SEGA Arle included with V1.0.2.
Last edited: Jan 20, 2019 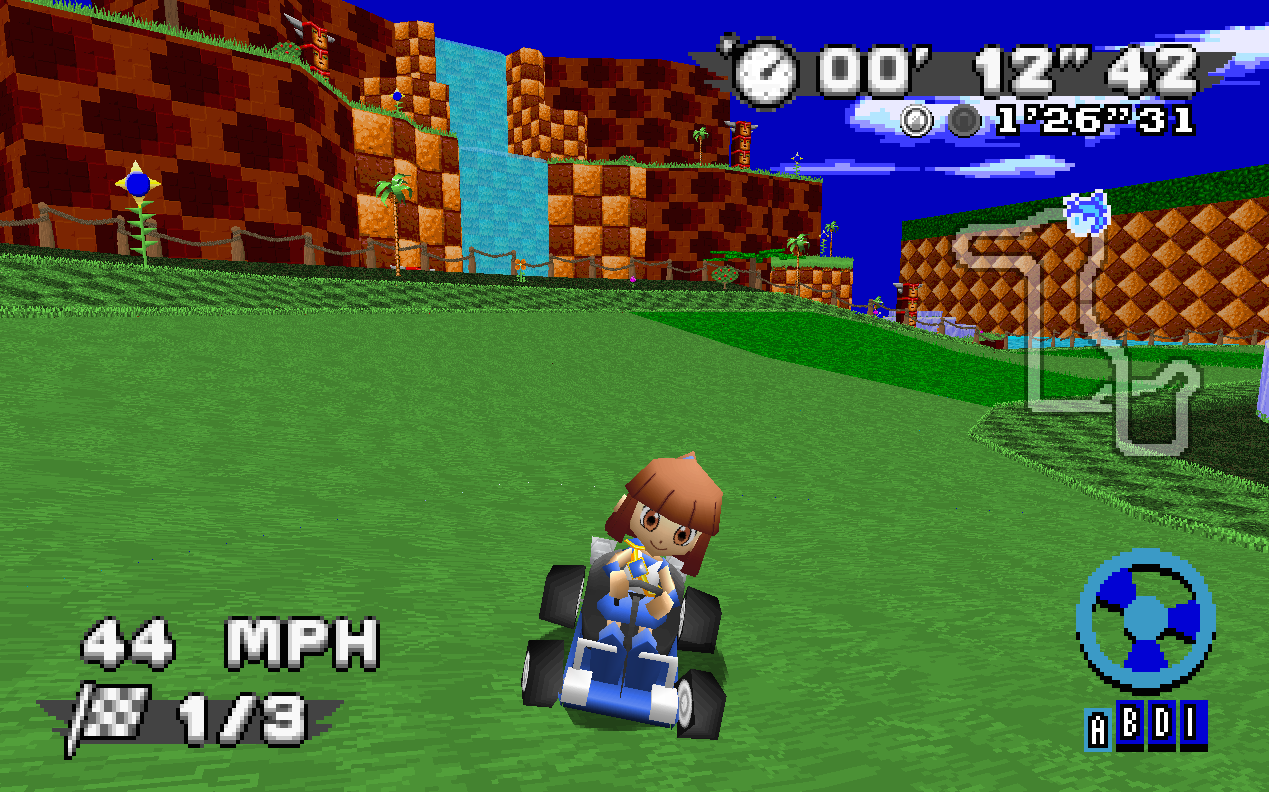 Arle now has a custom MD2, courtesy of TiniestTurtles! It's available in the new version, 1.4!

A huge thanks to TT for his work on this - it wouldn't have been possible without them. TT also helped point out and fix several issues with Arle's sprites, so that's handy too!

Pushed a minor update - somehow I went nearly two months without realising Arle's gloat sound was defined wrong in the S_SKIN file, so that's been fixed now.
You must log in or register to reply here.