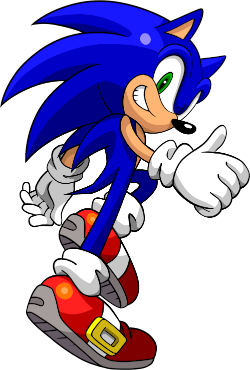 "What you see is what you get! Just a guy that loves adventure!"

Damn, I love the character tech too much. Also, the spindash uncurl midair tech is cool.

character and map creator but not too complex

no hype for me lmao

do you need to charge up the light speed attack to use the lightspeed dash? even in sa2 mode?

THIS IS AMAZING
R

what is the buddy ex name for sasonic?

this is to report a bug..

when i beat eggman at GFZ3, the console says "error", the game freezes and it quits on its own

Ohh, I wasn't aware the Far Thok "bypassed" the homing attack! I've always had a problem with homing attacks in SRB2 where their being "always on" and messing with movement flow or a character's other abilities (see: Shadow), brings me to the point where if there's the option I turn them off, or sometimes even disable them manually in SLADE. Far Thok here manages to give the best of both worlds, as long as you can input fast enough, haha...
How does it work, does it put the player back to where they were when the homing attack started?

I will admit though I'm having some trouble controlling him in the air, it's somehow both slippery and heavy at the same time. Since I play with automatic braking off, the air drag makes it feel like the game's moving Sonic around when I'm not pressing anything at all. It's really weird to get used to.

Also Adventure Sonic is huge! He dwarfs the poor crawlas in GFZ and makes the vanilla Zones feel so tiny!
Edit: I just switched to using a controller with Simple playstyle and suddenly everything made sense. (Is it possible to turn off homing attack reseting the camera angle, though? It didn't turn the camera in SA, did it?)
Last edited: Jan 1, 2022

To celebrate the release of Adventure Sonic,have him absolutely destroying some rats

Side Note: l love how he has a victory animation. I know we had a few characters with one before but Adventure Sonic's feels the most...special to me

also will there be somewhere to check out all his mechanics? i remember a whole lot of them being explained in the wip thread but i dont feel like digging through dozens of pages​

My heart has officially opened.