So, I'll just be honest to not get anyone's hopes up. Interest internally in this mod hit ground zero like a year ago and stuff hardly gets touched about every 4 months or so. Initially at the start of this thread, progress was absolutely explosive and almost unreasonably fast, as well as exciting. We set multiple deadlines over n' over but never met them because of life, games, laziness, and just lack of interest in general (college too). After seeing the same thing so much, personally, you just get bored; y'know?

I personally haven't been around SRB2 in general in 6 months (because of some eye-opening experiences oooooo), I have almost no idea what goes on with the main game itself anymore, even... which isn't good because I do the mod's management, direction, and extra art here n' there. Its a shame all the scrappy WIP files're sitting around in our group dropbox though, and we're actually kinda 'close' to what we wanted now, so we're gonna do what we can to see if we can get something done over the next while.

I bring this up so no one gets their hopes up for anything big after all this lost time- well, if anyone kept up with this still anyway considering how dead it is. Though... I think I've said this before anyways? Who knows- There was a point a long time ago where I distinctively stopped cracking jokes with others about how the vanilla game takes forever to update, its because I don't wanna be a hypocrite after realizing how this can get after a while; and sheesh I don't even do the hard stuff... I'd thank Sryder, Chromatian, n' CoatRack for that

tl;dr, slow but not dead. Expect something soon-ish 2016, but nothing mind blowing or big. It's just a small mod with levels like any other mod here, just happened to have more people on board

SRB2 Top Down is a combination of Super Mario 3D World, the gameplay of Sonic 3D Blast (minus flicky collecting), and the straight-forwardness of Sega Sonic Arcade. It started off as a Spiral Knights clone though, but it branched (some of that inspiration still remains; like the first zone, Sky Islands, for example which was shown on the first page).

Welcome to Grove, the current wait map and private entrance to the main HUB, which is--

This is co-op mode, a mode in which the camera spotlight is on everyone. Most of your riches are shared. For those of you who say the cooperative mode in SRB2 is just single player with company, you're about to eat your Hats On Fire™.

No player left behind.

For those obviously wondering about what the rings HUD there is and how it works, it goes like this: For every 5 rings you collect, you store one hit-point. You can store up to five hit-points maximum, and getting hit drops no rings (you just get blue balled, haha).

EDIT: Also, emblem HUD isn't coded yet.
This is now a thread for the general workings of the Kart Krew™. Here we show previews of both our executable modifications, SRB2 Top Down and SRB2 Kart.


Graphics:
​
-Iceman404 (lead spriter and loudmouth spokesman, I do all Kart stuff and some for Top Down. I'm not joking I literally refuse to let anyone else touch anything on Kart)
-CoatRack
-Blade
-Zipper
-Spherallic
-Charybdizs (the unlucky all-of-my-fucking-graphics-went-unused-welp-man)
-Jeck Jims (model-man)


Marios: (these guys can pretty much do almost every field somehow)​
-Zipper
-CoatRack


Most Reliable: (You can usually count on this person to help work on something without a drag, and they do it quickly)​
-Fooruman
-Zipper

The thread is as simple as avoiding saying stupid shit like:
- "Add this character!"
- "When will the next release/demo be out?"
- "Can I test the private build?"

Those collapsing bridges are dangerous but...you need grab those emblems if you want 1st place.

Oil dumping at it's finest.

Sonic Team Junior
From the top of this page all the way down, there will be screenshots of this mod! Ahahahaha!

Welcome to Stormy Streets, a city that seems to be going through quite a storm on your adventure. Here we see our brave heroes running across a bridge suspended above the fog-covered city streets

Later on in the level, the players will find themselves inside the city's sewer system. They will be swept off their feet from time to time here, and will need a shower once they are all said and done!

Kart Krew™️
Possibly the last post of this for a while?

This is the Mainframe Metropolis: Data District. Some kind of digital world where the heroes are exploring.

You can see them crossing the digital rooftops here as the level slowly gets more dangerous.

Watch out for the pitfalls in this data highway.

Sonic Team Junior
That looks pretty cool. Have you made any changes to Sonic for your mod? It seems like his thok would be pretty unwieldy with this type of camera.

Sonic Team Junior
Sonic (and everyone else) has had their speed and abilities changed to fit the new gameplay and level design, including Sonic's thok being slowed down.

I still need to play with you guys on this. I adore 3D Blast and Segasonic, personally, so I should play more of this...

EDIT: I did. Despite the input lag I receive (damn server/client reationships) and the lack of SRB2 practice in me, it was enjoyable.
Last edited: Jan 24, 2014

sryder13 said:
Possibly the last post of this for a while?

This is the Mainframe Metropolis: Data District. Some kind of digital world where the heroes are exploring.

You can see them crossing the digital rooftops here as the level slowly gets more dangerous.

Watch out for the pitfalls in this data highway.

Well this looks epic O_O
Are you releasing a demo soon?

CoatRack's boss in progress.
Something to note is that this arena and boss itself are somewhat remnants of Chaos Domain, and that the arena itself may be due for a big visual revamp to suit where it is planned to go.

Judge
Is that the boss from the Death Egg from Sonic & Knuckles? 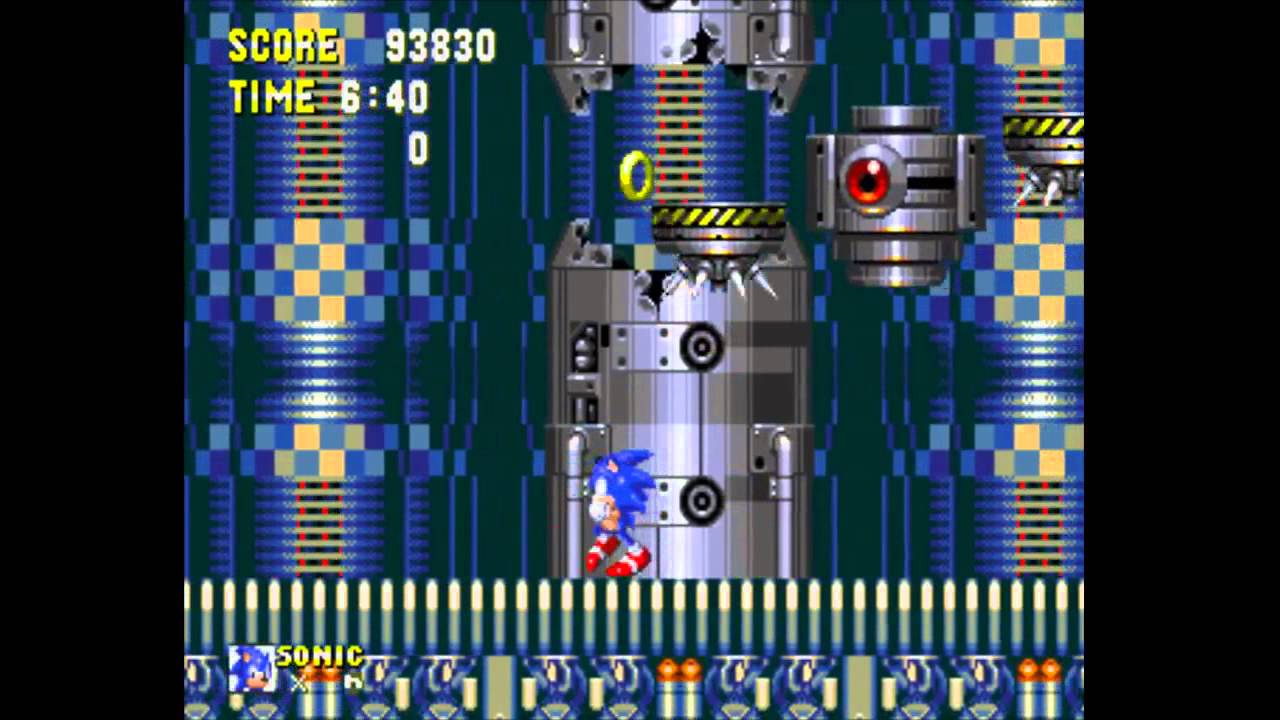 Judge
Will the boss have a 2nd form as well?

The outside parts will consist of wind and cloud based platforming, with large fans, and bouncy clouds among other gimmicks.

On the inside, you will find the machines that produce the weather, and large amounts of water that the factory uses to produce rain, snow, and clouds.

All of my yes. This looks fantastic.

This is shaping up to be quite the mod. With each screenshot this is looking more and more like something I would keep on coming back to play fairly often.

For the record though, you'd have to design 90% of the platforming with a completely 2D sensibility if you were going for a Mario 3D world feel.

Anyway, this mod looks like it will be great, but I get the feeling it's going to get to that point where everyone stops making servers and I can never play multiplayer. :(

Judge
Keep on the good work! This mod looks amazing. I can't wait to try it out.

*Note: All levels shown in screenshots are subject to change*

Judge
This is shaping up really nicely, consider me impressed. I'll look forward to playing a release when it gets done~

Judge
Just asking, is there any story for this mod? And are there SegaSonic Arcade's levels?
You must log in or register to reply here.