So, let’s get the negatives out of the way. Freedom Planet was a great experience for me, but it left a lot to be desired. The cutscenes used mostly gameplay sprites, and after finishing all 3 story playthroughs, I haven't started anymore. I remember being drawn towards the game by the soundtrack, and that didn’t disappoint but honestly, I was usually more excited for the cutscenes than the gameplay.

BUT. There’s a reason I say Freedom Planet is as great as it is:
It has potential.
A LOT.

Freedom Planet is a game that aims to recreate the feel of early genesis platformers whilst throwing in aspects of its own.
(At least I think that’s the right way to say it)

This, however, is (partly) what’s holding it back.


While playing this game, I knew that I liked it, but the full version that dodged me for a bit was “I like this, but I don't completely like how it’s being executed.”

I guess what I saw was that once this concept was fleshed out to be its own thing with its own ideas, then it would truly shine. I discovered last year that GalaxyTrail -fortunately- saw this as well, as they had left the following quote on the Freedom Planet 2 website:


“The original Freedom Planet was modeled as a tribute to Sega Genesis platform games. We've learned what works and what doesn't, what's fun and what's frustrating, what we should expand on and what we can afford to lose. With all of this in mind, we feel that we are ready to bid farewell to nostalgia and create a sequel that will define Freedom Planet's identity as a franchise.”


I just LOVE everything about this quote. It’s everything I hoped for! They realized it was time to move forward and they’re doing all right! I feel like with some indie games/companies I just have complete faith in what they do, (some examples being the Gunvolt and Shantae games) not just because I can see that they care so much but because they’re so much more open! I mean Sega has a Twitter just as much as GalaxyTrail, but they don’t use it in the same way. And I realize now while writing this that GalaxyTrail feels so much more passionate about what they’ve created, they have a loving history with the coming franchise and they want to see it grow and succeed! This derived all the way from a passion project after all. Now, Sega does too but not in the same way. They’re a much bigger company, and thus want to reach out to everyone for the most part; as a result, they are always changing the formula of Sonic games to see what works and what doesn’t, they put out different types of games for different people in order to reach a wider audience. It's about what the people want. However, GalaxyTrail’s made up their mind on what they want to make and achieve with Freedom Planet, and people who like it chose to be a part of the ride. They’re making what they want to make; they’re, well, independent.

So a sequel is in order, and it looks better than ever! With new and familiar faces among the dev team, this is bound to be a talent-filled game.

It’s funny though because I first played Freedom Planet in late 2020 (the year I got my switch) and shortly after beating the game I found that there was a sequel in development. And I was super hyped!

So with that out of the way, I can gush about the actual game.

So I'll start with the gameplay. Everything that felt good in the first game is better here, and that applies to everything else in this game as well. It literally just feels good to move around, and that speaks volumes for a platformer. The way the characters move compliments their moveset, and everything flows very nicely.

Now for looks. This game looks AMAZING! Dragon Valley looks beautiful with its starry night sky, vibrant colors, and crisp imagery. On that note the sprite work across the board is very crisp, it’s amazing, and character sprites aren’t lacking at all like they were in the first game. Some of my favorites are in the provided zip file.

From what I've gathered from the trailers, the characters and cutscenes are as fun and appealing as before. It's awesome seeing the cast's personalities fleshed out after the canonical 3-year gap after the first game. I especially love seeing Milla as a more independent person after the first game, but the cast is just charming overall. 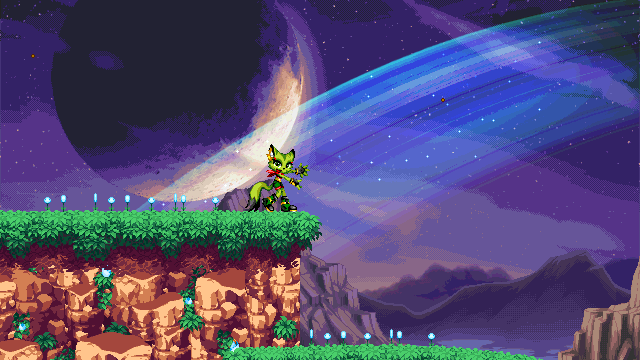 I DESPISE visual-novel cutscenes.
(not to shame anyone who doesn’t)
At least the Shantae games have various character expressions being used interchangeably, but thisss… actually had that too I think nevermind. BUT! The execution looked terrible. Worse than Luminous Avenger IX, which barely had the expressiveness the Shantae games had. And the fact that it could’ve ended up in Freedom Planet at that! When the sprite animated cutscenes had so much potential in the first game! ugh.

i sHuDdEr tO tHinK


THE MUSIC.
Boy, where do I begin. As soon as you reach the main menu, the goes o f f. I really love how this game's composition was executed. It all sounds so nice, and while the first game had some great tracks, this time I feel like the tracks have a lot more freedom, with limitations shattered, like the rest of the game, thus allowing it to truly go all out. And man is it beautiful. Dragon Valley has a wonderful track, it sounds calm, and determined, which, honestly are the feelings conveyed by all four characters when standing still. Aside from that, it’s just a beautiful song, for a beautiful stage, for a beautiful game. I also like how each character has their own song that plays after the stage clear track, which is also awesome.

And what might be my favorite track that I’ve heard, is the song used in the gameplay update video Galaxytrail has on their youtube channel. That one along with the menu and dragon valley, really resonates with me and create a feeling that I can't really describe..

I never. And I mean never take much notice of a game's sound design. Maybe a sound or two will sound cool but it’s nothing that ever grabs my attention.

THIS GRABS MY ATTENTION

I have never heard such perfectly crisp sound design in any video game I've played. Ever. Just the little pings when you move the cursor in the menus is satisfying. Everything from jumping to hitting an enemy is so satisfying, it’s ridiculous!

Aside from that, there are a lot of little things that I just love about this game. Like how they added another layer to the transition,

and the way your health shows up in the corner when you start a level,

and even-
You know what, let me just-


Just try it yourself, it's on steam, it's that good.


This game is and always will be a special game of pure passion to me and I just truly, truly hope that it will release as everything I hope it to be.

When this game comes out,

It just might be my favorite game of all time. 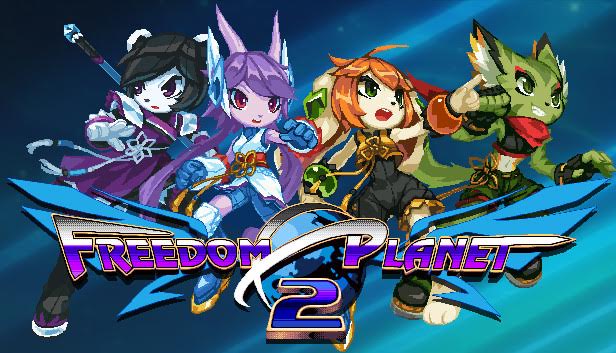 but that’s just my opinion.

drive.google.com
Post automatically merged: Jul 28, 2021
Anyway, I think I wrote this ok, feel free to talk about your thoughts on the game.
(or how awesome Carol is)

hopefully, the drive link doesn't get me banned.
You must log in or register to reply here.