i'd not advise trying something like this at home unless you have free time and the patience of a underwater pineapple (it took me 3 days to do this; and its still unfinished as you can see)

Some idiot with broken humor

Been a long time. Seems lots has changed because finding the Tails sprites so I can redo my ancient, lost to time Tails Doll mod is pain incarnate

Had to literally use screenshots and an old download just to get an idea. This will be ungodly painful if I need to get everything through this slow method. If anybody still has my old mod, mind tossing it my way?


EDIT: Tried pasting the image of my current work in, it showed... But guess that's a forum glitch or something. Guess I'll upload screenshots after more work, meant to get just a prelim sprite up but it's late and blegh
Last edited: Aug 22, 2020

Judge
Browsing the forums during my down time in between classes and I'm really glad to see this is unlocked and live again. Can't wait to see more content from people in the future.

So, uh, I may be making the SRB1 shield abilities in SRB2. First thing done, Whirlwind.

Also shoutout to minenice for helping me a lot on this.
I

So made some progress. Was really stumped on the hands in the angled shots, and eventually did some major overhauling

Layers should not number close to 400 yet here we are

https://imgur.com/ljZUFu8 Because the forum is REALLY not liking this gif for some reason. I used Metal Sonic as a base as it has most of the frames I needed. Most of the tails are coming very last so I can make sure they properly fit

Nothing much, i would maybe start working on Impostor from Among Us for SRB2, nothing else, only his stand poses, CSS Art, and Life Icon, i need to end the rest. (Old gif, i fixed some things already) Nvm, already cancelled the project and started working on a Fall Guy.

He looks so stiff and dead and yet it's just... It gives me life, like he's just done with everything


In other words, starting to really blaze through

I made some boxes.

Kart Krew™️
My true reaction is allcaps, but I know the forum software wouldn't allow it. Holy dang. You gonna push the code anywhere? I'd love to play with those boxes.

How openGL looks on Android

Alright so a long time ago I was playing srb2 v2.2.7 Android and decided to try out openGL mode and this is what happened 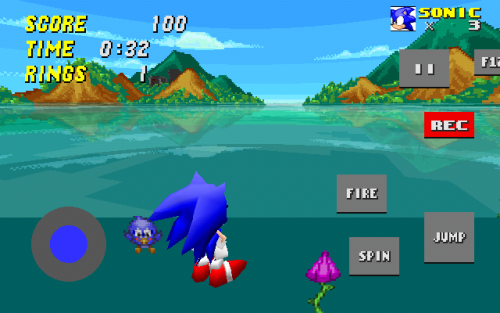 now this is still a problem in the 2.2.8 Android version but it's not that bad and anyways I made a post talking about it a long time ago and discovered that it's most likely my graphics card that's causing this but yeah phones hate openGL mode.

Moderator
Sonic Team Junior
Judge
This isn't the correct thread for troubleshooting. Head to the Help forum for that.

Tatsuru said:
This isn't the correct thread for troubleshooting. Head to the Help forum for that.
Click to expand...

oh I did and you can check it out here but on that help thread I found out that the problem is most likely my graphics card for my phone and I did say that in my screenshot reply.
but I will still apologize for not being specific enough on my post when it came to my wording on the openGL problem, so yeah sorry about that Tatsuru.

Basic Bronze Sonic said:
oh I did and you can check it out here but on that help thread I found out that the problem is most likely my graphics card for my phone and I did say that in my screenshot reply.
but I will still apologize for not being specific enough on my post when it came to my wording on the openGL problem, so yeah sorry about that Tatsuru.
Click to expand...

Still, this is a thread to post screenshots of projects of content you are making, not for troubleshooting ones. Please read the thread titles carefully before posting.

got some goodies here

Alright so i currently have a mod in the SRB2 skybase submissions forum that makes a bunch of levels Christmas themed but I got a bunch of great screenshots and gifs so I came here to show em off so here they are.
unfortunately I only have screenshots of GFZ1,GFZ2,and THZ1 because I took lots of screenshots. a screenshot showing off that the water has turned into ice. another screenshot and oh hey I'm in it. the last screenshot I took of green flower 1. a screenshot of the begging of green flower 2. another screenshot of the begging of green flower 2. a screenshot of the next section from a ground point perspective. a screenshot of the next section from a up high perspective. a perfectly timed screenshot of the big watery section. the last screenshot I took of green flower 2. a screenshot of the begging of techno hill 1. a nice screenshot of the part after the beginning of act 1. the last screenshot I took of techno hill 1.

and a gif of my last moments in techno hill 1.

welp that's all the stuff I have so I hope you enjoyed seeing the screenshots and gifs as much as enjoyed making them.

took some more pics and gifs so nothing special.

all that changes is the lighting and skybox.

now it's snowing and the ground is covered in snow.

is it me or is the walls awfully blue.

welp that's all the screenshots so enjoy this gif of me on the beach side.
and before you ask no there are no anime weaboos here


I forgot that existed holy shit.

The real question is how and why it still exists


I forgot that existed holy shit.
Click to expand...

Goldenhog said:
The real question is how and why it still exists
Click to expand...

well I don't know but maybe it's because of all the 2.1 mods that they have because the SRB2 skybase was popular around that time.
well I guess it doesn't matter because the Christmas mod got in so I guess I know which mod to post next which means...
NEW SCREENSHOTS COMING SOON
thought I won't tell you what the mod is.
You must log in or register to reply here.